South African deep house duo, Black Motion have been confirmed as one of the main acts for the 2016 Kalahari Desert Music festival which will be part of the Toyota Kalahari Botswana 1000 Desert Race activities scheduled for Jwaneng from 24th to 26th June.
“Black Motion has quite a huge fan base here in Botswana so we decided to bring them to this year’s show. They have agreed to honor our proposal and that is the case with all artists in the line up so I urge people to come in large numbers and have fun,” Dladleng Managing Director Oscar Thebe told Time Out.
Black Motion will be part of a line up which includes Naakmusiq, MMP Family, A.T.I, Charma Gal, Mosako, Team Distant and Skiza, while Djs Goveia, Chrispin The Drummer, Kuchi, NT Base, Khenzo and others will make part of the lineup.
“Dladleng Entertainment understands fully that this event is attended by people of all ages, which is why we have the likes of Charma Gal & Ditiro Leero in our lineup. Last year we invited Culture Spears and they got a wonderful reception, so cultural music lovers can have fun as well,” said Thebe. He also promised tight and organized security following concerns of burglary and theft from last year.
TOYOTA KALAHARI BOTSWANA 1000 DESERT RACE ON AGAIN IN 2016
According to Botswana Tourism Organization (BTO), the 25 year old Toyota Kalahari Botswana 1000 Desert Race will this year feature a feast of national championship racing, with round three of the Donaldson Cross Country Motor Racing Championship, and rounds three and four of the South African Cross Country Motorcycle and Quad Racing Championships racing under the SANORA banner. “The event also features rounds two and three of the Botswana National Off Road Championship and it is the first time since 2013 that the two South African national series have competed together in Botswana,” said BTO in a statement.
The event started out as the Trans Kalahari and from 1975 to 1990 was held in the Vryburg area in South Africa. The decision to move the event to Botswana came in 1991, and the following year saw another change. Motorsport South Africa decided to split the off road championship which only made provision for an overall  winner, into Special Vehicle and Production Vehicle categories with overall winners recognized in each category.
The race moved to Jwaneng in 2014 at the request of BTO after it was held in Kumakwane, Gaborone, Mantshwabisi for many years. 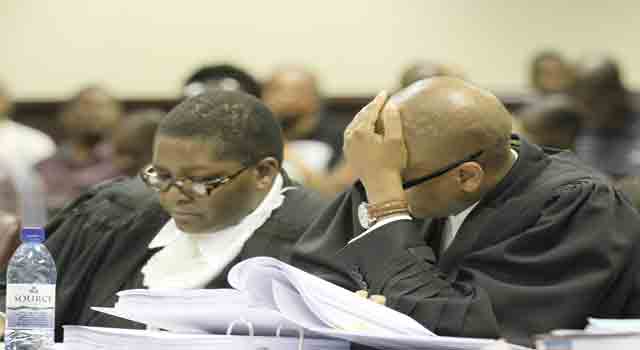