MoTV is a newly launched onboard television station that broadcasts local content onto various buslines that travel to different destinations around the country as well as neighbouring countries. According to Kutlwano Mothibi of MoTV, with an initial estimated viewership of over 150 000 passengers on a monthly basis, Batswana will get the opportunity to see locally produced content as well as giving local producers a platform to air their content.
“I realized that when you board a bus there is absolutely nothing that one does for a good five hours or even more. The concept of broadcasting in buslines was born as a pastime for passengers onboard. This idea also improves the transportation industry as our aim is for everyone involved to benefit from this concept,” he said adding that their main aim was to commercialise the television industry and create millionaire actors and actresses.
MoTV has also partnered with film school AFDA College for students to use the platform to broadcast their content, which is usually shelved due to lack of broadcasting platforms. Mothibi went on to say MoTV and AFDA seek to improve the film and television industry in Botswana by providing a platform for aspiring actors, models, musicians and other visual arts aspirants with a platform to showcase their talent through MoTV.
“I was quite impressed with the quality of films students produced at AFDA when I viewed their works. There is great talent that the rest of the world needs to be exposed to,” Mothibi said further adding that content submission was not limited to student works but were also calling out to independent producers to submit their works.
For her part creative and lecturer at AFDA College, Moratiwa Molema said she commended the creative platform that sought to develop the film industry. “This means we have to take our works very seriously more so that now we have an audience. I know that we have students here who are producers in their own right and they might ask if they are not getting paid for their works. I would like to say that when we are at the beginning of a revolution we have to make sacrifices, lets make use of this platform because we have amazing talents that the world needs to see,” Molema added. 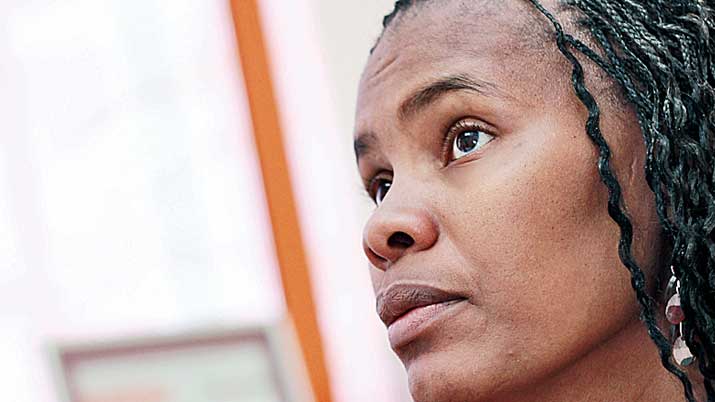