There is a growing trend in the hip-hop fraternity internationally that has seen artists fill up venues through live performances. While this has been widely successful elsewhere, questions are being asked as to whether local artists could pull the same feat if they tried.
Earlier this year, local rapper Kast attempted to host a Fill Up the National Stadium event, and when the event failed due to unclear circumstances, it was surmised that event was bound to fail as local were not capable of pulling such a feat. The only time the stadium is earnestly full is when the Zebras are playing, and when the Zion Christian Church (ZCC) pastor Barnabas Lekganyane is in town.
Fill-Up ambitions in Botswana are obviously inspired by those in South Africa that are more often very successful. A fortnight ago, rapper Casper Nyovest managed to fill up the 40 000 capacity Orlando Stadium to the rafters.
It stands to be seen, locally, whether Vee Mampeezy –  who this publication understands intends to fill up the Stanbic Bank Molapo Piazza for his I DO album launch- will put it off.
The internationally recognized album has been receiving massive airplay across Phalaphala FM, Thobela FM, Motsweding FM and YFM, solidifying Vee’s status as Botswana best selling artist.
“This is a concept directed to the arts industry in Botswana to challenge them to emulate the success of international acts…the sole ambition of the launch is to also challenge the public to start embracing and support local concepts,” Vee told Time Out.
He said other local artists should start being bold and aspire to fill up venues too.
“Cassper is challenging the whole of his followers and South Africa at large to believe in his ideas of changing the face of music in his country. The fill up Stanbic Bank Molapo Piazza comes along those lines because we want to see if the Botswana music industry is ready for such a concept,”Vee concluded.
In Botswana, very often, ideas like Fill Up are undone by the ever present disunity in the local entertainment industry, as was apparent during Kast’s Tlatsa Lebala. One however hopes that Vee, ever the trend setter can pull it off so that his example is followed by other local artists who are well capable.

The king is dead, long live the king! 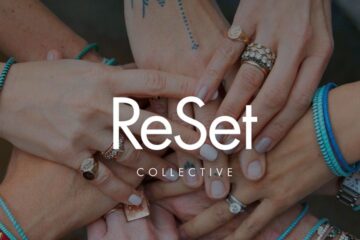