Signed International is a television and film acting competition

South Africa based Motswana actress, Connie Ferguson will be a guest performer in the local television and film acting competition, Signed International.
According to the Executive Producer of Signed International, Johnson Otlaadisa, Ferguson will be at the official launch of second season on 21st May.
“This means that an ordinary boy or girl from Botswana will get an opportunity to meet and work with a real life inspiration in Connie Ferguson on the show. And get an opportunity to one day be like her in an industry that made her,” he said.
Otlaadisa said the competition was a rare opportunity and that the platform offered by Signed International provided local actors with a chance to work with TV legends. “The winner this Season is going across the borders richer, with a whooping P 100,000 Just like in the previous season there is a contract to start a professional acting career in South Africa under the management of leading talent management agency in Johannesburg, Talent Etc,” he said, adding that they were very excited that Talent Etc, after successfully pushing the start of last season’s participants careers are keen on more talent from Botswana.
Last season Kgomotso Ramakoba, Khumo Maakwe, Kgomotso Ratsie and Tlholego Chaba were signed and made appearances in major South African productions such as Etv’s Scandal and Z’bondiwe, Generations and MNet’s Saints and Sinners II. “I want Batswana to note that although we are happy to be building international celebrities, our company is working on more dramas and productions to be shot in Botswana using this very talent we discover every year,” Otlaadisa added.
The production team will tour five different places across the country to meet fresh talent to feature in the new season with official dates to be confirmed. The television and film acting competition has been made possible by the Ministry of Youth, Sport and Culture, CIPA Levy on Technical Devices Fund and Botswana Television. “We are grateful that the government of Botswana has shown so much commitment and heart for building the future of our television and film industry. We thank the Lord for such great leaders, who get us,” he concluded. 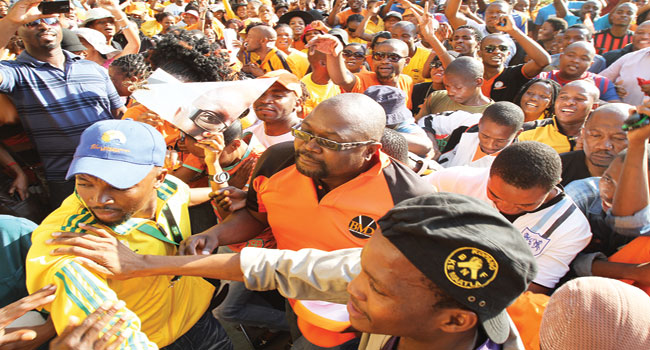