Culture Art Cafe located at Molapo Crossing is living up to its goals of playing an integral role in the social movement to expand Botswana’s local art and culture scene by hosting the solo exhibition of fine artist Ditshupo Mogapi whose works are a collection of realism and experimental abstract pieces. The month long exhibition showcases the artist’s love for colour, versatility and constant search for new ways to create pieces that will challenge art lovers.
“This exhibition has no title. I was basically making artworks that will entice the buyer, artworks that people want to see in their personal spaces. The concept was to create paintings that are not difficult to interpret and to free people’s imaginations,” Mogapi said in an interview.
Mogapi is an introvert who best communicates with his 28 piece collection which mostly features portraits of women and children. “Perpul Afro” and “Cultures” were some of the paintings that stood out at the opening of the exhibition last week and the former features a proud African woman representing the natural hair movement, while latter is a mixed media artwork in the same vein that carries on the Afrocentric theme and features another proud sister wearing a head wrap made from a mix of African materials (German and African prints).
“I do not have a personal favourite when it comes to my artwork but I deeply connect with any of my recent pieces. This is my first solo exhibition and I wanted to introduce my style of art which is defined as contemporary to art enthusiasts,” he said.
As a member of Thapong Visual Arts, Mogapi became exposed to other artistic media including illustration, painting, portraiture, figure drawing, graphic design, photography and sculpture which have influenced his constantly evolving style. The most striking element of his work is the way he uses vibrant colours to express emotions, experiences and moods. His inspirations range from mythology to his surroundings as well as current societal issues.
“Mogapi’s works are a great example of what we always preach to our members; create work that communicates, is unique and attracts the eye,” said director of Thapong Visual Arts Centre, Reginald Bakwena.
Mogapi has been pursuing his love of fine art since 2004 when he was formally introduced to the subject at junior school, and since then his star has been on the rise including exhibitions at Sophie Lolandre Art Gallery at the I-towers and commissioned murals for the Ministry of Environment Wildlife and Tourism and the Ministry of Agriculture. Ditshupo Mogapi received international acclaim when he won the Diamond Trading Company’s coveted jewelry design competition. 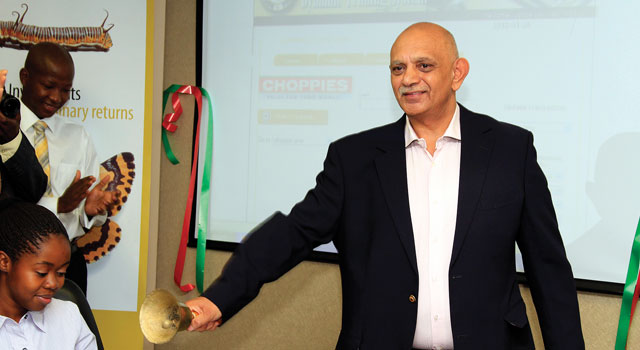