This year the Domboshaba Festival will be the highlight of the Independence Day holiday, complete with a line-up of Bakalanga’s favourite cultural artists ensuring that all roads lead to the cultural venue located in Kalakamati village. Domboshaba has been celebrated annually since 2000 with the objective of preserving the Ikalanga language and culture and the festival has grown in leaps and bounds since inception. Its patrons have shown loyalty by turning up for the event despite being hosted with other competing festivals during the same weekend. This year it will be held on the 29th of September, 2018 as opposed to the usual date of the 1st of October.
The festival has diversified over the years by incorporating and inviting other cultural artists to grace the event with their song and dance. This year’s line-up includes Kalanga music legend Ndingo Johwa, DJ Gouveia, Kanvuthu and popular Zimbabwean artist, Ndolwana Super Sounds.
Event coordinator, Abel Mabuse said patrons should expect an array of activities and the day will commence at 8am with the official session featuring speeches by honoured guests, Ikalanga music, poetry, dance and an exhibition of Bukalanga cultural history by Mabuse Heritage Group. “Then between 2pm and 5pm we will have a selection of ndazula, mokomoto, woso, wosana music, dance and poetry. In between there will be the story telling of the Bakalanga State of Butua, and in the evening the big concert featuring Ndolwana Super Sounds to set the cultural festival ablaze,” said Mabuse. He added that there will be mouthwatering Kalanga cuisine and ‘Busukwa gwe Ikalanga (traditional brew)’ for all Bakalanga to feast and reminisce on the good old days.
Tickets are currently moving fast as all fans of the festival do not wish to miss out on the unique cultural experience. Speaking to Kgosi Lekedzani Josiah of Kalakamati village, he said the festival is also a great initiative to empower youth in surrounding villages. He said his village of Kalakamati particularly benefits from hosting Domboshaba.
“Since preparations for the event started, I have noticed the positive impact it has had on the youth of Kalakamati and Vukwi villages. It has also benefited the VDC of both villages, and as a leader it makes me feel very proud and appreciative of the festival. My goal is to uplift the youth by creating some sort of income and Domboshaba has presented many opportunities for them to make money. They have been helping set up the location and they will also make money when they buy stalls to sell food on the actual day,” he said.
He added that tickets can be found at most Choppies stores and that they are selling at P250 for VIP, P150 for regulars and P30 for students. All tickets include food, and entrance to the concert for both regular and VIP ticket holders.

No sponsorship luck for Chiefs 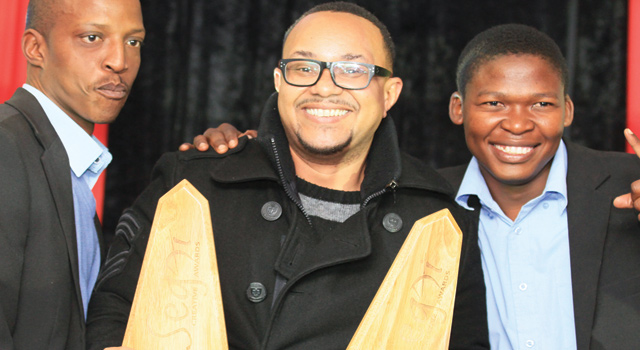