One is a self-proclaimed rhythmic terrorist who uses his style to communicate his displeasure with the state of things, another believes in learning little about a lotwhile this third fellow is by no means a laggard because he can dance like a cat on a hot tin roof

Three formidable artists have P30 000 each with which to work towards showcasing and exhibiting their talent next month after close to a month-long search by Thapong Visual Arts Centre and the British Council in Gaborone.

The three are the best out of numerous applications that were received from people from all walks of life across various parts Botswana after the two organisations launched an open call for emerging artists to create engaging cross-disciplinary contemporary projects.

Dubbed “Echoes of (UN) Silenced Voices, #ECHOESUV,” this inaugural and historic creative arts project will offer emerging artists the opportunity to produce new and innovative works that will reach new audiences. The selected artists will exhibit their works at Thapong Visual Arts Centre in July following a month of intensive preparation, training and skills building.

One of them is Legakwanaleo Makgekgenene, who is a graduate from the Michaelis School of Fine Art who specialised in New Media. Makgekgenene’s work aims to rematerialise the metaphorical spaces in which we hold the taught ideologies and memories that ultimately shape who we are, dictate our experiential environments and how we engage with them.

Makgekgenene is a self-proclaimed ‘Rhythmic Terrorist.’ says the man who decribes himself as rooted in Negritude and Fallism: “Rhythmic Terrorism can be understood as the intentional and direct focus by an artistic practitioner/‘Force Rhythm’ to elicit ’rhythm’ primarily as a tool to air their displeasure with the state of the(ir) realities and as weapons threaten its permanence with each act of ‘terrorism.’”

(Makgekgenene, 2019). Her work is a vibrant culmination of photography, photo-manipulation, live video, animation, sculpture, costume-making and integrated sound pieces. Makgekgenene is currently studying towards his Master’s degree at the University of Cape Town. His work is currently alongside three other Batswana artists at Gallery MOMO-Cape Town, in a group show titled “Botswana Pavilion-No Return.” This show followed Makgekgenene’s solo exhibition, “Bo Mmaruri” at Eclectica Contemporary earlier this year.

Another budding artist selected is Kago Monageng who is a full-time graphic designer at Demographix Communications, a creative agency that believes creativity is the new economy. Motivated by words “learn little about a lot,” his love for learning pushes him to be outstanding in what he does in today’s society. With the definitive goal of becoming a professional social engineer and contributing to the creative culture in Botswana, Monageng is currently working on a project in the city to creatively transform spaces to places through art, industrial design, performance art, gaming and books … #ifspacescouldtalk

“My love for spaces got me to create a pop-up park in the oldest mall in the city and to contribute towards its smart development,” he says. “It’s a green project for which we are recycling materials to build up the park. As a creative culture activist, I hope the project gives the community the opportunity to embrace and appreciate the creative industry within our set-up. I am playing my part in keeping the creative culture alive and relevant and as a role model; creating a platform for the creative tribe to echo their silenced talents that can ultimately benefit our society.”

To see this project adopted around the country is his ultimate goal. When he is not thinking about spaces and is not in his office, Kago is a travel photographer and an avid reader who enjoys creating “stuff” and loves conversations with other creative people.

Tumelo Bogatsu started dancing at a very young age by copying moves from the likes of Usher and Michael Jackson’s music videos. In discovering his talent, he formed ThEarthQuakes dance crew at age 16. Because ofthe passion, focus and hard work of the team, it went on to capture the hearts of the country after winning the Get Twisted Dancehall Competition and making it to the My African Dream top 5. Tumelo possesses a graduate degree in Bachelor of Multimedia (Hns) Media Innovation and Management. The dance styles he specialises in include B-boyin, Krump, Poppin, Dancehall, Lyrical Hip Hop, House, and Contemporary.

Tumelo regularly holds hip hop/contemporary dance classes for young enthusiastic individuals on a weekly basis and volunteers his time in assisting aspiring dancers where possible. While in Malaysia, he attended various workshops of various dancer/choreographers such as Wade Robson. 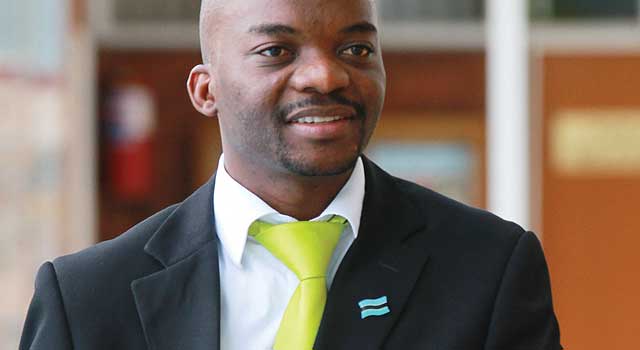