A large warehouse space located at Block 3 Industrial in Gaborone, sharing a plot with Aramex Botswana is home to Bounceland, the latest and largest indoor entertainment hub for children and adults.
An early indication of the level of hysterical fun at this new spot is that you can hear the happy screams from outside the venue even though it has just been opened.  Bounceland offers trampoline adventures for all ages, games, wall climbing, as well as a toy shop and restaurant all enclosed in a safe indoor area.
According to Bounceland co-owner, Michelle Gebrial the concept was born after she and her partner, Ketlhalefile Siwawa discovered that there were no places for kids to have pure fun around the city. “During my travels to Dubai and Singapore, I discovered that there were places where kids could go to when they were bored. I have children and I also discovered a similar concept in South Africa and a decision was made to have Bounceland in Gaborone. Bounceland is all about having fun for the whole family,” she said, adding that it was a 100% owned Batswana concept.
Gebrial went on to reveal that the process to source trampolines and raw materials for the indoor play world from China and Europe was a pricey exercise as they spent about P10 million. “It was an extremely expensive exercise as we wanted to have a variety of fun activities, encompass amenities such as a restaurant for parents to chill while they wait and watch over their kids, kid friendly meals as well as a toy shop in one spot. All this was self-sponsored,” she revealed.
She says they charge P100 per hour to use the trampolines, “At first consumers were not happy with this price but what they need to know is that jumping is an extreme exercise and one hour is a lot of time. The great part is if you want to extend your hours, you will pay 10% less. There are also packages available,” she said.
The idea of flying through the air brings to mind the question of safety but Gebrial assures that watching out for guests’ well-being is very much a cuff that binds all the elements of the play land. Every installation meets international safety standards, each trampoline has supporting fabric, they have appointed trampoline instructors who are allocated a particular section to monitor. So essentially, Bounceland is a space where safety and fun meet.
After opening for just an hour last week Friday, Bounceland had already attracted a good number of jumpers who were keen for a rush to spike their adrenaline. The indoor fun area is open every day from 10 am to 10pm and Gebrial expressed her gratitude for the amazing turn out on the first day.

Art can contribute to the country’s GDP- Bakwena 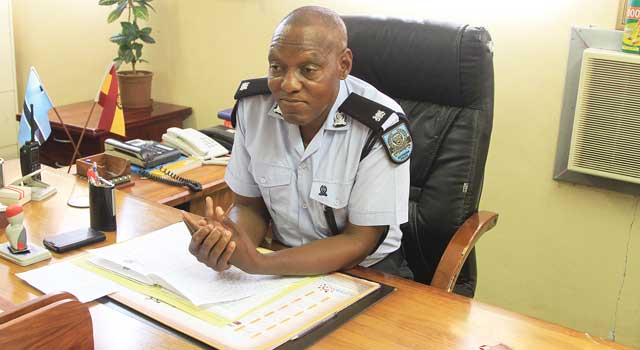