November 26, 2020 Admin
Home»Lifestyle»Events»‘Hype Up BOT50’ campaign given thumbs up
Events/Lifestyle

The Hype Up BOT50 campaign, spearheaded by rapper Vincent ‘Steez’ Tiro in collaboration with other local artists has been endorsed by the BOT50 team.
The main objective of the campaign is to reinforce government’s efforts to create the much needed hype and excitement amongst Batswana in the build up to the country’s 50th independence celebrations.
“We are really happy that our patriotic hard work didn’t go unnoticed and was endorsed by BOT50. This official endorsement will in a great way aid us seek assistance from relevant stakeholders and BOT50 to see some of the campaign`s pending ideas through. This will indeed act as a call to action tool for us upon engaging other potential stakeholders or partners all in the interest of hyping up BOT 50 and celebrating Botswana” said Steez, the Managing Director of Homegrown Concepts.
The endorsement was confirmed in an official letter which they received on the 7th July 2016. “We have endorsed this project as it will add great value to our mandate in terms of creating excitement and hype among Batswana for the upcoming 50th celebrations,” said Stephen Mogotsi on behalf of the BOT50 coordinator.
The Hype Up BOT50 campaign, launched on the 27th of May 2016, is marked by the release of two BOT 50 inspired radio singles and a music video. The two radio singles Pula and My Botswana which are a celebration of Botswana, her people and her milestone achievements- are already playing on radio and are available for free download online on links provided on the Hype Up BOT 50 Facebook group.  The video for the single Pula also premiered on television on the day of the launch, and has been enjoying airplay ever since.
“The video of the song was shot at the 3 Dikgosi monuments to capture the essence of our gratitude towards the 3 Dikgosi for having secured a future for us, a place we now call home. It also features a short video clip speech by our first president Sir Seretse Khama from 1965 prior to our Independence shedding light on the vision he had for modern day Botswana,” said Steez who added that the video shoot was a collaboration between 3 Batswana youth owned companies namely Parable motion, Nio Visulas and Homegrown Concepts, and it also features wardrobe strictly by Botswana brands namely Pedigree Sports, Brave World (renowned for their Botswana 1966 T shirt collection) and GatshFros.
Steez says the move to present their ideas to BOT50 was deliberate as they wanted to make it clear that they were out to be pro active. “We will continue to improve the campaign such that it’s inclusive and makes every Motswana have a sense of ownership of the BOT 50 celebrations. Those interested in taking part in the campaign moving forward can contact me,” he said. 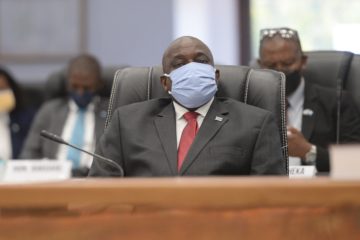