Will walk 1000km in fundraiser for  #TlatsaLebala

Kast says he turned down a partnership proposal for Tlatsa Lebala from Cassper Nyovest manager’s last year.
He told Time Out that while he gets a lot of stick for his failure to deliver the national stadium fill-up gig last year, he stalled advances from the South Africans to give priority to local artists.
“I met with Cassper’s manager last year, I think beginning of February. They heard about my Tlatsa Lebala initiative and they wanted to partner and have Cassper perform at the show. It was a great opportunity but I turned it down because I promised Batswana a 100% local lineup show,” he said. Kast however said he will be open to bringing Cassper Nyovest in the following shows as the Tlatsa Lebala is intended to be an annual event.
“This initiative seeks to bring the spotlight on local talent and I will not quit until I deliver as promised. The fact that Cassper Nyovest will be filling up our stadium will not change the fact that it has never been done by Batswana artists,” he added.
Kast said he will actually be embarking on a 1000 KM walk to Maun in an initiative through which he is trying to lobby the Botswana National Sport Council (BNSC) to assist him raise the P200 000 needed to book the national stadium for April. He explained that they had initially approached the Ministry of Youth asking it to help them secure the use of the national stadium, but were told that it belongs to the BNSC who in turn insisted on the hefty booking fee.
“We don’t have these funds, as a way to lobby government to facilitate securing of the venue for the event and fund raising, I will walk 1000 Km for local music. This will serve as a show of dedication to the course and a kind request for support from Batswana as an ailing local industry,” he said. He however explained that after a long struggle and intervention by various authorities last year, they were able to secure funds for turf cover (P25 000) and security deposit (P50 000).
Kast said he was in the process of finalizing dates and other logistics for the walk which he expects to last 3 weeks. “I am getting a lot of requests from people who want to join and assist me with this walk. Hopefully it will happen on the second week of February and I am still securing sponsors and finalizing the walks’ plan,” he said.
He however said he will not be dispirited by last week’s social media backlash which saw him ridiculed for his 1000 KM walk idea. “I have been monitoring social media and out of 100 comments 10 are trolls and their voices are very loud. Truth of the matter is I am getting so much support and I will not quit,” he said.
Asked what his plans were, in case the walk does not have the intended impact, he said, “I am optimistically enthusiastic that I will have the money and the show will go on.”
Kast had also promised to host a Tlatsa Lebala Pitso which he had intended to do with the Promoters association, as well as a comedy roast. Both these events have been postponed to later yet to be communicated dates. 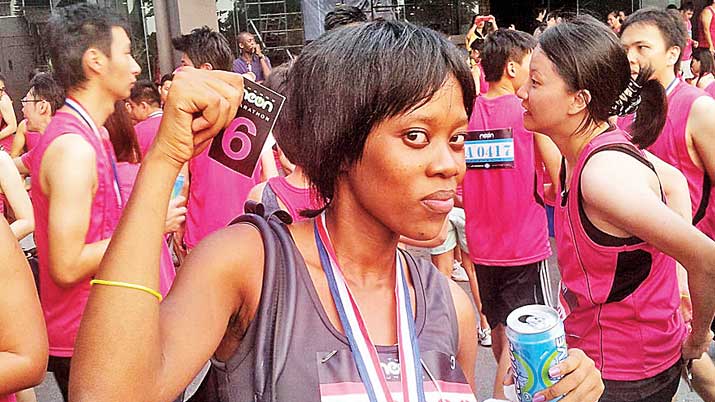