The taxi service in which both driver and passenger agree terms ahead of time is a whole new experience that is giving a whole new meaning to freedom. No wonder growth has been big and the service could soon expand to other towns across Botswana. GOSEGO MOTSUMI reports

After launching the country’s first online ride hailing service a month ago, the COO of inDriver, Egor Fedorov, says people are warming up to the idea because they experienced solid growth of users in Gaborone during their first month of operations.

The growth was driven by people’s desire to experience convenience with a few taps on the smart phone. Compared to the past few years, today’s consumer wants to be able to hail a safe and cheaper ride online than finding a taxi or cab on the streets.

Fedorov explains: “Unlike other ride-hailing services, inDriver has a unique feature. The passenger can propose the price for a ride and the driver can either accept the ride request or decline it if they think the price is too low. Thus, we give the freedom of choice both to passengers and drivers.”

Before the transportation service was introduced, Batswana were limited to the traditional way of getting a taxi. But even though this service is a step in the right direction to offer people options while improving the city’s transportation system, the service is feared to have put some taxi and cab drivers out of business.

Yet Fedorov speaks of more uniqueness in that they do not hire drivers because they value them as independent partners but they give interested drivers access to their platform. Drivers can provide their driver’s licence, background (which is checked) and a photo of their car for the team to scan each application. Only those who will add value to the service and are honest citizens are given access.

“Apart from that, our service has a very effective driver-rating system,” he says. “Passengers can rank drivers after each ride. So when drivers accept user offer, the passenger can see ratings and the photo of each driver and choose with whom he or she would like to have a ride. Also, we are very attentive to any complaints from users. So if a driver gets two low ratings in a row, we block his access for some time. And if it is a serious complaint, then we block the driver forever.”

Since its launch, the main challenge for inDriver in Botswana was to introduce people to a completely new concept of an online ride-hailing application and explain the advantage. With time Fedorov says the numbers of passengers and drivers increased and it is was the best feedback for them. inDriver has plans of expanding operations to other parts of Botswana and might introduce new products to enrich the user experience in the near future.

“We are glad to share with you one of the latest news about us,” he enthuses. “In November 2019, inDriver hit the Top 4 Ridesharing & Taxi Apps Worldwide by Downloads, according to SensorTower report. Today the service is used by 38 million users in more than 300 cities in 31 countries.”

Broadcasting deal to be sealed this week 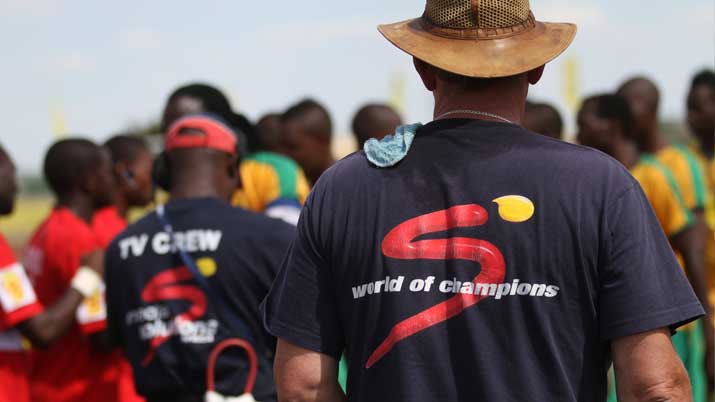