In his remarks, ambassador of Japan to Botswana Masahiro Onishi said the exhibition was planned to mark the golden jubilee of diplomatic relations between Botswana and Japan

Among other things, the Japanese have always been known for their unique artistic technique and hand crafts, and this past week, Handcrafted Form: Traditions and Techniques art exhibition hosted by the Japanese embassy opened for the public to see until 27th July at Thapong Visual arts Centre in Gaborone.
In his remarks, ambassador of Japan to Botswana Masahiro Onishi said the exhibition was planned to mark the golden jubilee of diplomatic relations between Botswana and Japan.“2016 marks the 50th anniversary of the independence of Botswana and is also the year that we celebrate the 50th anniversary of diplomatic relations between Botswana and Japan,” he said.
“The exhibition represents traditional Japanese culture and Japanese handcrafted forms and introduces examples of the traditional Japanese arts and crafts which have developed within the context of daily life along with works by Japanese craft artists who continue to use traditional techniques to produce highly creative pieces. The displays include ceramics, dyeing, metal work, lacquer ware, wood and bamboo-work and paper making. This exhibition will allow you to enjoy traditional Japanese handcrafts through your eyes and develop an understanding of Japanese culture,” he added.
Coordinator at Thapong, Reginald Bakwena said the exhibition was the first of its kind, created an opportunity for local artists and resident artists to learn artistic techniques from the Japan. “We need to learn how to create our works into sealable products, and I think the Japanese are already advanced than us in that regard, and this is an opportunity for us to interact with them and enquire on how they did it,” he said.
Bakwena also revealed that the exhibition will show for two weeks, and encouraged local crafts men and women to attend and try to learn as much as they can. 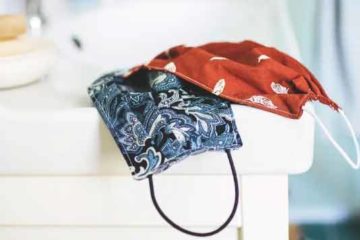