Lack of adequate and affordable venues for the performing arts is a drag on both creativity and viability in an industry that is vital for job creation. According to innovative rapper, Kast, limited local content for musicians on radio and TV is not helping things. GOSEGO MOTSUMI reports.

Rapper Tshepiso Kast Molapise’s innovative initiative, “Tlatsa Lebala,” was more than a music festival when the show proved that an all-local line-up can fill up high capacity venues back in 2017. The following year, Kast began a campaign for establishing an arts council that culminated in an Act of Parliament to establish the National Arts Council of Botswana being passed in 2019.
The indefatigable rapper is now focusing his energy on a new campaign, this time for creation of more commodious spaces for the performing arts in partnership with the existing advocacy for 70% local content air play for music on radio and television.

“The reality on the ground is that as we speak, people in the creative sector do not have spaces for exhibiting their works or spaces that are exclusively for entertainment in the way that sports has stadiums,” says Kast. “It is time we had affordable ampitheatres in which entertainers can perform and make decent money for theselves.”

The lack of adequate performance spaces is a perennial complaint for many local creatives who argue that affordable venues can breathe fresh life into the performing arts, namely theatre, music, poetry and dance. The government speaks of certain areas around the country being earmarked for such facilities but nothing tangible has so far taken place. With his campaign, Kast aims to pursue the matter by consolidating and auditing to determine how many such spaces are reserved and how much progress has been made in developing them.

But he is not losing sight of the campaign for 70% of local content on media platforms in which Kast is working in collaboration with other artists and creative. He says prioritising local content could turn the industry around because urban culture and the youth are usually influenced by airplay. “I believe that artistically we are world-class, if only our content was prioritised,” he asserts. “It starts with airplay on all media platforms. That is what Nigeria did and they even went the full 100% in all their prime slots. It achieved amazing things for their industry.”

But even as Kast may be raising important points with his advocacy, he is not attracting enough support for his “Tlatsa Lebala” initiative that is meant to spearhead the campaign. This has prompted observers to joining Franco’s current “Soul Fill Up” as a potential means of Kast’s voice becoming a stronger clarion call. However, it may not be easy for the two to come together. “It would be better to collaborate but I don’t think the other party is interested,” he says. “I have tried to float the idea.”

Meanwhile, the organiser of Soul Fill Up, Mogomotsi Gaolape, has confirmed a meeting being held with Kast but says it proved too difficult for the two sides to converge. “Our ideas for collaboration are too different,” Gaolape told Time Out yesterday (Monday). 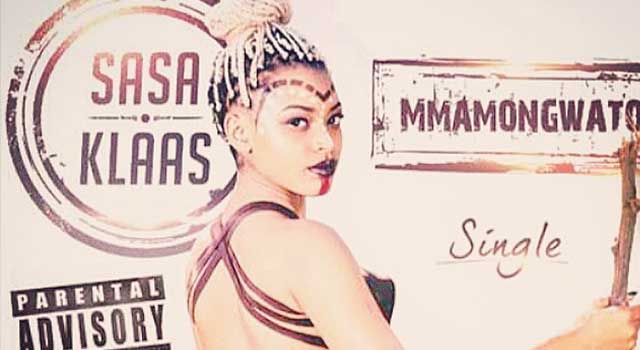