Rapper Kast says he will not quit his 1000 km walk because it is intended to put the spotlight on the Botswana music industry and lobby government to give him access to the national station, the venue he wants to host his beleaguered Tlatsa Lebala show.
The musician who was given permission to use the stadium free of charge by its custodians, the Botswana National Sports Council (BNSC), last week became the subject of yet another public debate with some people concerned that the walk was hazardous and unnecessary as he may be ill prepared for it.
“I walk an average of 30km a day and the first 30km from Maun was tougher than I thought. My legs were locked, I couldn’t walk and my legs were soaked in salt water. The pain was excruciating but I will not quit,” said an excited Kast who told Time Out he knew the journey would be tough.
Kast says while some people say he should stop the walk because he was given access to the stadium by BNSC Chairperson Solly Reikeletseng, he will not stop because he also wants to raise funds and appeal for support. This seems to have paid up as he says he has started receiving support from the business community while other people buy kilometers from his walk.
He however admitted that he was experiencing minor logistical challenges, particularly with his supporting vehicle which he said was too small to carry his team of six. “We would appreciate assistance of a bigger car. Other than that, we are good even though I am still in a lot of pain. We are receiving overwhelming support from Batswana along the way, it’s very encouraging,” he said.
Kast started his 1000 km journey two weeks ago in Maun and reached Phuduhudu village last week Thursday. He has already made over 20 stops and broke his record of 30km a day by walking 40km to Phuduhudu. “I had to cover more distance because this is a game reserve area and it was not safe to stop. We had a lot of people joining us on the walk, at the least there was 14 of us but we exceeded 20 at some point,” he said, adding that they were documenting even though they were not updating regularly on social media due to weak network coverage along the way.
The musician reached Gweta village, 206 km from Maun over the weekend, and is expected to have reached Nata yesterday. He is expected to arrive in Gaborone on 11th March 2017.
In response to the BNSC stadium offer, Kast said he met with BNSC and they agreed that he only pays technical requirements and facility terms amounting close to P100 000 for the venue instead of the initial sum of P200 000. 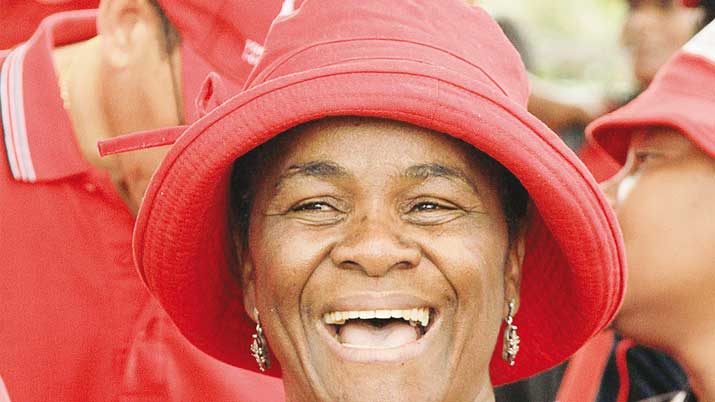