This year marks the 20 year anniversary of the cherished Kuru Dance Festival, slated for 24th and 25th of August 2018 at Dqae Qare Lodge in D’Kar, approximately 20km from Ghanzi. Four years consecutively, Barclays Bank of Botswana has backed the cultural event and in furthering their commitment to help celebrate and preserve Botswana’s cultural heritage, the bank recently announced that they will sponsor this year’s event to the tune of P338 000.
“For 20 years now, we have had the privilege of bearing witness and partaking in the rich culture of the San, of understanding this sacrosanct time in the year, all that it holds and all that it stands for. Hosting such an event continues to make a resounding impact not only to the Kgalagadi region but also on the nation. We are pleased that this festival is already in our national calendar of events,” said Managing Director of Barclays Bank Botswana, Reinette van der Merwe.
The Kuru Dance festival commemorates the full moon, which is significant in the culture of the San people of the region as they believe that during this period, they are able to heal the sick through the power of song and dance. The annual event has grown to encompass more than the performances of the indigenous inhabitants of the Kgalagadi and has become a landmark cultural exchange between performers and visitors from diverse ethnic groups and countries. Attendees at this year’s festival can look forward to 12 traditional San dance groups, 5 non-San troupes and 3 international guest groups performing over the special weekend as well as exhibition stalls for food and cultural products, including veld fruits, craftwork and more.
“Kuru gave us an identity and made us who we are today. It preserved our culture and brought about developments in one area where we come out strong as the San people. The festival has granted us visibility and for that we will be eternally grateful,” said Kuru Development Trust Executive Director, Mangana Mangana.
Former Vice President of Botswana and patron of the festival Ponatshego Kedikilwe said 20 years was a significant milestone for Kuru and that it was an honour to be a part of the trust that had the foresight to continuously develop the cultural event. Kedikilwe added that he also had the privilege to bear witness to the wealth of talent showcased by the community’s artisans who have transformed their traditional art into commercially viable products.
“I invite you all to experience the wonderful clapping and rhythmic stamping of feet that add to an intensely spiritual experience. What began as an effort to uplift the Khoi San community has transformed into a national event and a cultural hallmark, attracting an audience from far beyond our borders,” Kedikilwe said.
Van der Merwe revealed that beyond the cultural experience, the intrinsic value in the festival lies in the development of the local community and that Kuru presents business and developmental opportunities as it is an important tool for driving intra-community that fosters the growth of Botswana’s tourism industry.
“Local trade and the local economy are bolstered through this very platform, as the spotlight shines on the various offerings of the area. It is a fantastic example of how investment in the arts and culture can make a real and meaningful contribution to socio-economic development,” she concluded.

Leipego chases his past at solo exhibition 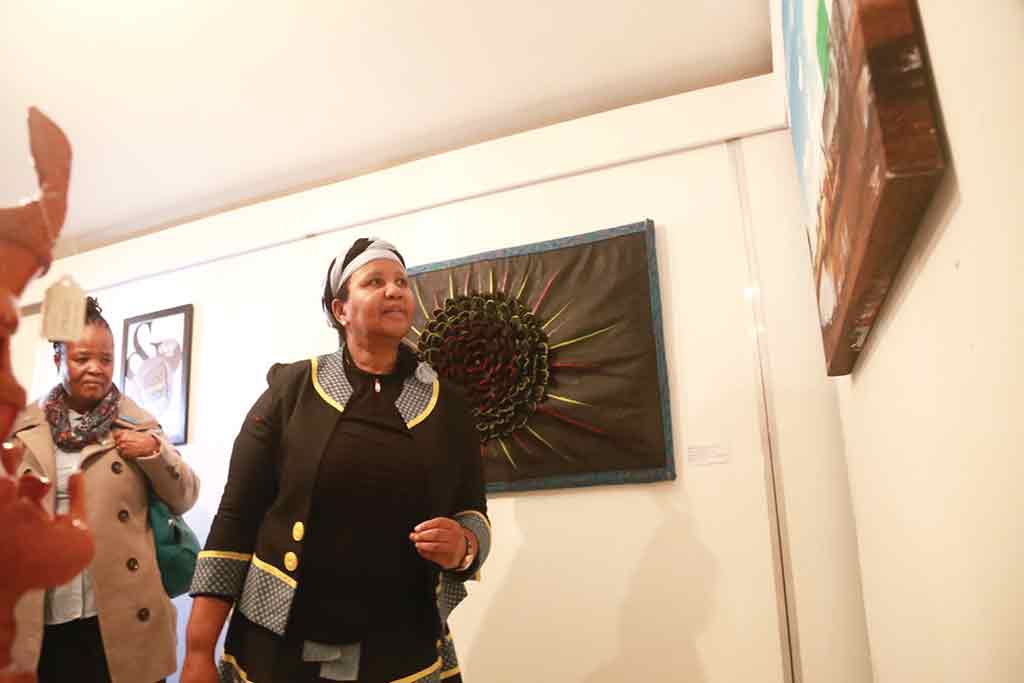