The latest offering from flamboyant music artist Atlasaone Molemogi, better known as ATI, is a single titled “Lephoi.” The controversial singer- songwriter is present in the new self-expressive song that follows release of Komirrisoo, Rolling stone and Stima-molelo, among others that have also taken the airwaves by storm.

“The lyrics of ‘Lephoi’ are coming straight from my heart,” he said in an interview. “It is one of the singles from my upcoming album titled ‘Box Office,’ which will be released next year. ‘Box Office’ simply means a communication medium and I might just drop another single before the year ends. We have not set the release date and I am still deciding on how many hits to include on the album.”

Produced by Riley C, “Lephoi” has rich lyrical content that ATI uses to express his mental health and troubled personal life and music career over the years. He narrates how he has been hurt many times to a point where it even affected his career because he was not showing up for booked shows in the midst of partners who only cared about money. The artist now is hoping for unconditional love and peace of a purity that is often symbolised with a dove, lephoi in Setswana.

“It is the kind of love that begins with oneself. When you lack self worth, you begin to take anything you are given but it is time to take care and focus on yourself. Call on the dove to give you peace when you are feeling troubled or distraught. When a dove appears as your spirit animal, it may be trying to tell you to show kindness and help others. The dove can also show you a glimpse into the future; it is an indication that you are experiencing deep spiritual renewal,” says ATI.

Blessed with creativity and unmatched adrenaline levels in live performances, the rapper’s turbulent life has inspired him to pour out his soul in this new song. The “Stima-molelo” hitmaker has admitted to being a recovering drug addict after checking himself into a rehab facility in South Africa for about a month in late 2018.
“This new song was inspired by my drug addiction that was a coping mechanism for the many betrayals I went through to make others happy while ignoring myself in the process,” he says. 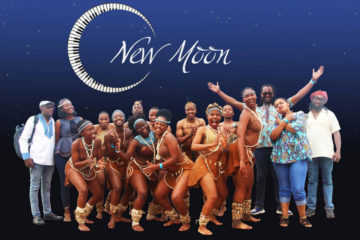