Moses D Arts & Media alongside  Ladimash Productions will present a double bill of two plays entitled,  “2Late” written and directed by Mashupe Phala and “Nasty Burn” directed by Moses Rasekele D, written by Mabulana MD at this year’s Maitisong Festival.
“2Late” is a hard hitting story about teenage pregnancy and parental challenges. It looks at the difficulty of raising a teenager and the generational mistakes that haunt families. The play takes the audience through the journey of Beauty Shabangu’s life, a protagonist representing a modern day teenager. Beauty falls in love with Thabo,  a fake millionaire who impresses her with money and borrowed wealth. This affects her studies and she refuses to listen to voices of reasons around her. Regrets become the order of the day when the truth is finally revealed about Thabo. “2Late” addresses the sugar daddy phenomenon to facilitate dialogue among families.
The second play “Nasty Burn” follows the story of abused  women  in the work place. The play explores power relations between men and women on the job and how these hierarchical dynamics  play out. It is the story of Kgabo Moleketla who was abused by her father when she was young and also saw her father killing her mother and then committing suicide. She is from a background of abusive men and is now experiencing the same problem at her workplace which results in her hating men. The play shows what women abuse at the workplace impacts  the community at large and encourages people to speak out and stand tall  against it.
The double bill will grace the Maitisong Festival to showcase  talent from the Limpopo Province  with producers Ladimash Productions and Moses D Arts performing and writing workshops during the week. 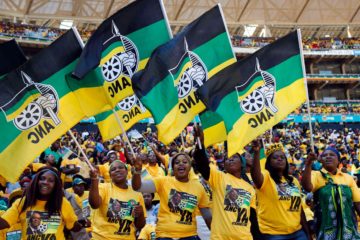