Local filmmaker Tumi Sejoe’s short film titled The Awakened Spirit is set to premiere in the USA later this year.
Although she is still finalizing screening logistics, she has confirmed that the short film will be part of a film festival in New York sometime in December.
The short film also took part in the court métrage short film corner at the 69th festival De Cannes in France in May. It is through this program that accredited attendees get a chance to network  with  industry  professionals,  institutions,  financiers  and  the most  important  international  representatives  in the film business around the world.
“This opportunity came after I showcased the short film at festival De Cannes in France this year. I went there with the hope of creating exposure, film distribution opportunities and some form of interest for the film. People there loved it and I was presented with another opportunity. I am very grateful,” she said.
While this would be the film’s second debut internationally Sejoe says Batswana will also get to see the film before the end of this year. “I am currently lobbying for support to show the film to Batswana. It has been a slow process to get other people and stakeholders on board but hopefully the screening will take place next month,” she said.
Sejoe also highlighted that she is working on creating a level of awareness where Batswana appreciate their own before the world does. “Here we don’t have a creative culture appreciation but it is a different story when you look at other nations. We need to change our mindsets, tell and appreciate our own stories before we take them to the world.”
The  Awakened  Spirit  which is  Sejoe’s  directorial  début,  is a  universal  story  of self discovery, set  on the backdrop  of Botswana culture, its  natural  beauty  and  its  people.  In the story, an  encounter  with  an  elder  woman  leads  to  the  unfolding  of Segametsi’s  (lead  character)  life  changing  journey.  The  15  minute  short  film  is  a  cultural  and inspirational  film,  performed  in  Setswana  with  English  subtitles  targeting  an  audience  between the  ages  of  15  to  65  years. 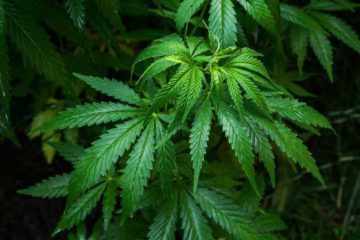