KFC Botswana and Sleek Foods, a local company owned by Nkata Seleka last week launched the new KFC Chakalaka which is now part of the franchise’s fast selling meal, Streetwise 2.
Explaining how the partnership with Sleek products began, Acting KFC General Manager, Gaamangwe Maruatona said they met Seleka in an Agricultural show and set up a meeting in which they  tasted her products.
“We loved the taste of her chakalaka, I asked if she would be able to meet KFC’s demand and her response was yes. She passed an audit carried out by a third party and I am proud to say she is now the first and only small local enterprise in the list of KFC suppliers,” Maruatona said, adding that it was a great opportunity for Sleek Foods since all the KFC franchises around the world can now engage her if they like her product.
For her part, the elated Seleka said she formally started operations in 2014 from LEA incubators in Pilane and employs 9 full time and 12 part-time employees. Her dream of suppling her delicacies which include sauces, relishes, pickles and condiments was realized in 2015 when she got in talks with KFC to supply their outlets with chakalaka. After tasting and liking her product she was tasked with implementing food security, one of the requirements was to get bigger equipment to reduce human handling and to reduce errors. Seleka then approached CEDA in 2016 for a loan and was funded with P1.4 million and LEA paid for her trip to India where she sourced machinery which costed roughly P900 000. As a result, she qualified to supply her product to all KFCs, Pizza Hut and Taco Bell outlets around the world without another audit required.
“If I can do it you can as well. I source all the vegetables of my chakalaka locally and I am able to produce 400 kg of chakalaka per day. The demand for chakalaka by all KFC’s around the country is an average of 6 000 kg per month. I am able to supply it,” she told Time Out.
Seleka also revealed that she had no nutrition related educational background but was inspired by her love for food which she has been practicing at home and serving on a small scale. She saw her product’s potential in 2013 and started selling. “I always couldn’t find sauces in stores that I liked and decided to create my own. My first line of relishes is now available in local retail stores. My next target is to sell my product in Southern Africa because we have the same taste pallets,” the ICT degree holder revealed.
Maruatona was happy that Seleka’s product, a product from Botswana, will catch the attention of KFC franchises around the world. Maruatona also added that there are opportunities for vegetable, bread and chicken production suppliers to catch the attention of KFC.

Art can contribute to the country’s GDP- Bakwena

The importance of public art 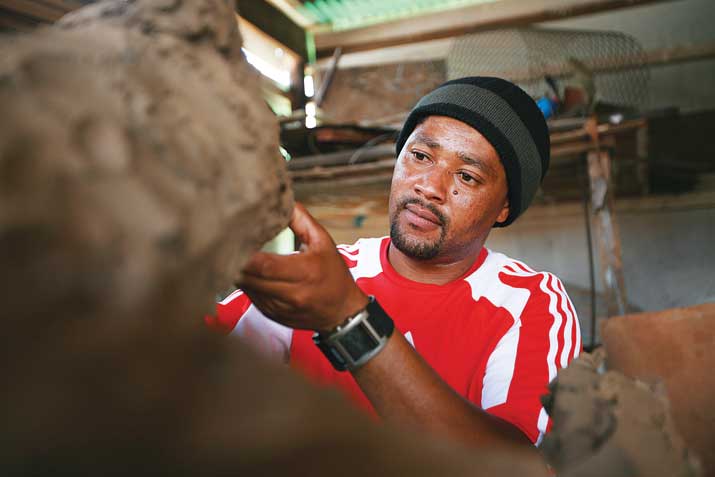