It will be an all guitarists affair this Friday at Botswana Craft in Gaborone when Zimbabwean Louis Mhlanga headlines The Mascom Live Sessions.
“Prior to staging the upcoming Mascom Live Sessions, the idea was to host a live session which featured all the best guitarists from the Southern part of the continent. From the line up, it is evident that there is a blend of guitarists from all over Southern Africa with the likes of Louis and Kapenda Katuta from South Africa and Zambia respectively, combined with the local acts,” Botswana Craft director Oliver Groth told Time Out.
The lineup also includes Botswana heavy weights John Selolwane, Banjo Mosele and Kabo Leburu. All artists have been confirmed, except Katuta.
Mhlanga, the traditional mbira specialist, is himself no stranger to the Mascom Live Sessions as he has been a major feature down the years. The well documented jazz guitarist has established himself as on the best jazz guitarists of our time having worked with accomplished musicians in Hugh Masekela, Ray Phiri and Sipho ‘hotstix’Mabuse.
The internationally acclaimed guitarist’s skills have also taken him all over the world, having performed at major events such as Tribute Concert for Lady Diana in England, Stranger than Paranoia and Mundial in Holland. His first album Mukai which debuted in 1999 followed the folk and Afro pop roots, while his other albums Live at the bassline with Vusi Mahalasela World Traveller, Muzik Ye Afrika, Song for Nomsa impressed audiences at that time with his distinct style of picking and plucking guitar strings. One single that comes in to mind from the wide array of his hit single s is Distant Lover which reinstated Mhlanga status as a guitar guru.
While some sources have suggested that this week’s Mascom Live Sessions will be the last for the year, Groth has dismissed the speculation.
“This certainly will not be our last session, so we have another Mascom Live Sessions on the 9th of next month (December) but for now all our focus is on the one coming on this Friday. Tickets are selling at P200 so I would like to urge the public to purchase their tickets early to avoid disappointments because we are anticipating a big crowd,” he said. 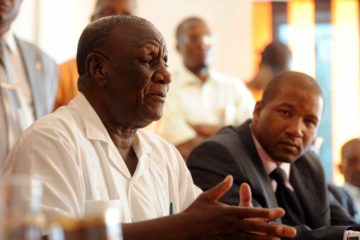