Vee’s album launch is one of the many events that may have affected turn out at the Yarona FM Awards (YAMAs) at GICC in Gaborone over the weekend.
That is at least according to the concession of Yarona FM Station Manager Kelly Ramputswa who told Time Out that she was happy with the turn out on the day nonetheless.
“A fellow artist was hosting a gig not far from where we were and there were about five corporate events happening the same night, there was an option. We have always said that there weren’t enough choice of events and this weekend offered just that. And we couldn’t be happier,” Ramputswa told Time Out.
Anyone who attended the YAMAs last year would have noticed the drop in turnout for the event this year, a problem which will however not give Ramputswa sleepless nights as she says she is content with how the awards went considering it was her first YAMAs ever since being appointed the station’s boss.
The night however belonged to the new kid on the block Ban T who scooped three awards being nominated in seven categories. The Naomi hit make walked away with the People’s Choice Artist of The Year, Best Single Male and Best Hip Hop/Motswako awards. Ban T who was visibly elated, brought the house down when he performed Why So and the hit Naomi which was a clear fan favorite.
Other big winners included Team Distant and Amantle Brown who each won two awards. Brown won the biggest award for the night, Song of The Year, with her Black Mampatile which also scooped the best single award. Team Distant won The Best Producer and Best Single dance.
“Four years doing this and I am proud of my boys and myself.  Let’s continue setting trends and thanks to everyone who believes,” said the group’s founding member, Pukka Entaile.
“Another highlight was Prez Beats’ win. It was long overdue. Big ups to everyone Botswana has amazing talent,” said Ramputswa who further explained that the veteran has been doing an excellent job behind the scenes and deserved the win. She also who also cited Ban T’s win as her personal highlight especially as the artist is young and in line with their objective of promoting youth talent.
While MCs and artists brought their A-game to the show, some people attending the YAMAs were underwhelmed. “There were a few people this time around, it was a bit lousy. However, my biggest highlight was the closing performances by various local artists. That was fun,” said Ruby Thebolo.
While Vee’s album launch went well and was full to the rafters, it also received criticism after he failed to bring Khanyi Mbau who was supposed to host the event. Other complaints came from the VIP section which some said was too rowdy. Bouncer also removed a few who were said to have been in possession of guns. 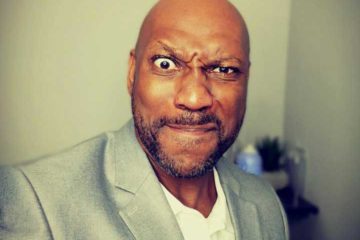