The last Mascom Live Sessions of the year will wrap up in style featuring South African afro pop duo Mafikizolo and local afro jazz sensation Thabang Garogwe on the 9th of December at Botswana Craft. With the performance of both artists, Oliver Groth of Botswana Craft says they wanted to introduce the festive mood and wrap up the year on a happy note.
“We wanted to give revelers something for festive. I remember Mafikizolo once performed their song ‘O letse kae maabane’ here about two years back and everyone was having a good time. That is the same mood we are looking for,” he said.
The live session will be Mafikizolo’s first performance this year in Botswana. The duo of Theo Kgosinkwe and Nhlanhla Nciza is celebrating 20 years in the industry and they will be sampling their new single Kucheza (dance in Swahili) which is currently topping the charts in South Africa media. The group has confirmed that they are currently working on a new album set for a 2017 release.
Groth says even though the duo has new music coming up they will also be performing their past hit singles that fans have grown to love. In an interview with a South African publication, Sowetan, Mafikizolo said their new music is a completely different sound from anything they have done.
“We love exploring with new sounds, especially as we travel the continent, we get exposed to new sounds but we try not to lose our own South African essence in the process. Kucheza is a mix of ragga, hip-hop and Afro-pop sung in English, Xhosa and Swahili. We believe the album will be big as we celebrate 20 years in the industry as Mafikizolo and will feature both South African and other African artists,” they said.
Thabang Garogwe of  Ke a gana fame is also working on a new album to be released on the first week of December. He says he has not finalized the title tracks but will be sampling some of his new music at the show. “This new music talks about love in its purest form. With this fourth album, I have gone back to the drawing board, looked at what is trending, critique myself and gave it my all. Hopefully it will give me a new title, as it topples down the famous Ke a gana song,” he told Time Out.
The Afro jazz artist also added that it was an honour to be performing alongside Mafikizolo and his appreciation will be seen through his upcoming performance at the show.
Groth added that he was not sure if the two artists would collaborate on a song on stage as it is usually the norm. “Mafikizolo will not be in the country for long. They will just be here for the performance and will be leaving immediately so I am not sure if they will have something for us with Thabang,” he pointed out.
Meanwhile, Groth revealed that they are already on the preparation stages of the first 2017 Mascom Live Sessions which usually starts in March. “We cannot reveal who we will be starting the year with yet. We are still at the planning stages but it will surely be a pleasant suprise as always,” he said. 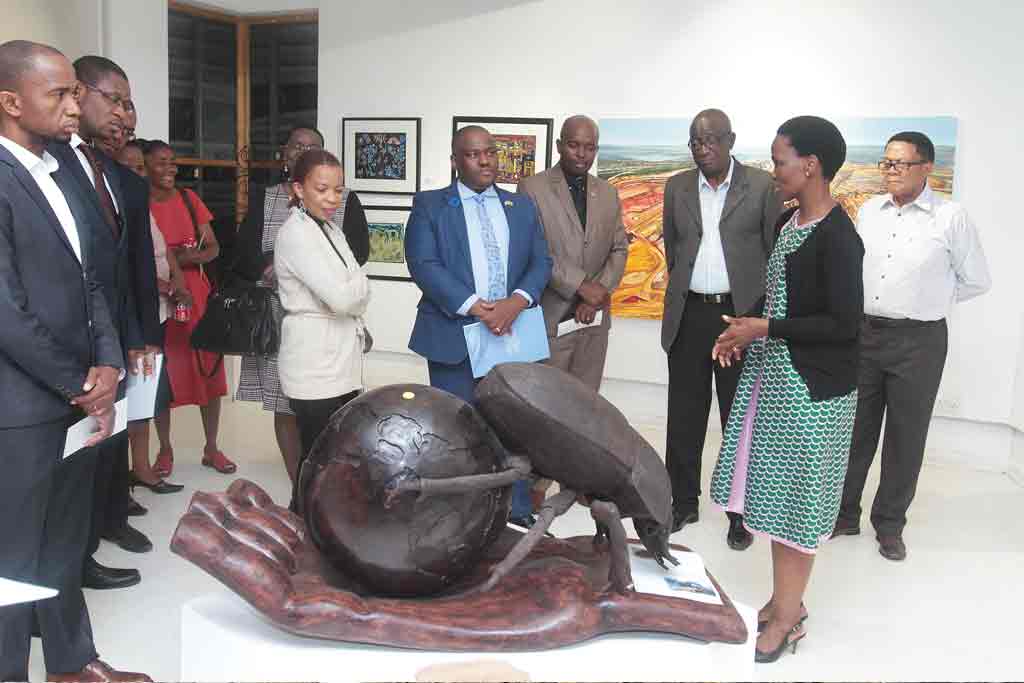