The Director at Maitisong, Gao Lemmenyane says this year’s Maitisong Arts Festival which will take place from 11th to 16th April will be more engaging than the festivals of the past years.
He says the festival’s line up will be guided by the theme Engage. “Last year’s theme was Elevate and it worked then because a lot of the artists were really putting in a lot of effort in their craft and perfecting it. So this year we decided it would be Engage. We feel a lot of artists in the festival have reached a stage of producing quality performances and now they need to go beyond just performing and be engaging and network with others especially international artists.”
Lemmenyane says they are hoping for more collaborative projects to come out of this festival. “It is time that we see more of our creative artists being exported to perform in other countries and represent. We have artists coming in from the United States, South Africa, Namibia and Zimbabwe and these artists cut across all the categories, so we are hoping there is a lot of networking because we want to see more collaborative projects after this festival,” he said.
He also added that this year’s festival will have over a hundred performers and about 50 productions which will make part of the festival’s line up in the different categories, a number which is higher than the past festivals. Categories include theatre, music, visual arts, poetry and dance. “We also have 5 venues which will be used for the different performances, Bojanala Waterfront, Thapong, Maitisong and Moving Space. What guided the different venues was that we realized that some of the performances are intimate shows so spaces such as Moving Space were necessary so as to highlight that intimacy effect in the show,” says Lemmenyane.
Commenting on the challenges of putting together this big art festival, Lemmenyane said financial support was one of their challenges. He also cited lack of attendance for shows and poor marketing by performers as impediments to the growth of the festival.
“One of the challenges we have that is a real bother is that some of the performers who are part of the festival line up are not doing enough to market their own productions. For the festival to grow, we need more artists to market their shows so people attend, we can only do so much to market the festival as a whole. But other than that there are a lot of quality productions and we want Batswana to come in their numbers to support the local arts industry,” he said. 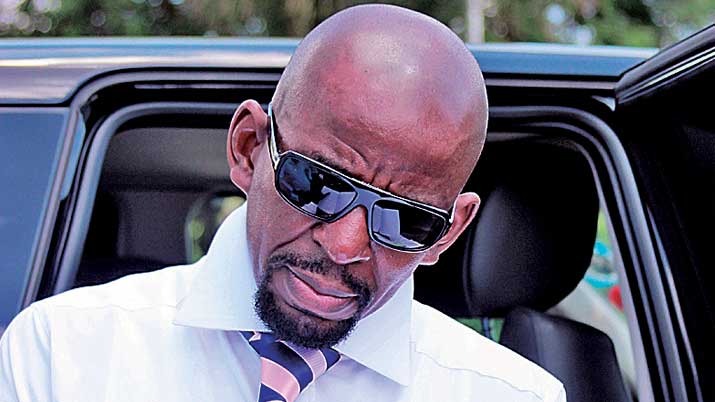