Her response has been trending online the world over because the beauty queen stressed the importance of empowering girls to become the leaders of tomorrow. “I grew up in a world where a woman who looks like me, with my kind of skin and my kind of hair, was never considered to be beautiful, and I think it is time that that stops, today. I want children to look at me and see my face, and I want them to see their faces reflected in mine,” Zozibini said moments before being crowned Miss Universe 2019.

Former Miss SA Tamaryn Green earned her spot in the Miss Universe top three last year. While former Miss South Africa Demi-Leigh Peters won the competition in 2017.
Meanwhile, sightholder Mouawad has unveiled the $5 million (approx. P55 million) crown created for the Miss Universe competition. The 18-karat gold creation, called The Miss Universe Power of Unity Crown, is set with over 1,770 white diamonds. The headpiece also features three yellow diamonds from Botswana, including a 62.83-carat shield-cut canary yellow stone at its centre.
Botswana is home to some of the world’s greatest diamond mines and is the highest producer of diamonds by value in the world. One of the world’s largest uncut diamonds ever discovered was recently unearthed in Botswana.

Botswana has won its share of international beauty titles, beginning with Mpule Kwelagobe as Miss Universe in 1999 and Kaone Kario as the Nokia Face of Africa in 2006. 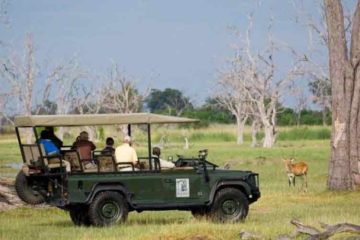