“The list of potential stories is almost endless as our history like that of most nations is full of drama,” Jeff  Ramsay

The story of Sir Seretse Khama and Lady Ruth Khama is one of the greatest stories to have come out of Botswana.
It has captured international film producers and will be told on the big screen for the first time in a film called A United Kingdom. The same extraordinary love story has attracted a lot of attention as it has been featured in plays or books, and is one of the stories that will be performed as part of this year’s 50th independence celebrations. This begs the question of whether there aren’t any other significant historic stories from Botswana that can be told to Batswana and the world through different art forms.
This year award winning playwright and actor, Donald Molosi tells the story of Seretse Khama in three ways; as a stage performance in Blue, Black and White, as a book in We Are All Blue and as a Hollywood film in A United Kingdom. He says he believes Sir Seretse Khama is worthy of being celebrated during his time as a professional actor and writer.
“There are numerous Botswana stories worthy of that sort of celebration such as the story of Sir Ketumile Masire and how his plane was shot mid-air while flying over Angola, and how he recovered from that to continue to lead Botswana with no fear,” he said. Other stories he likes are of veterans who fought in the second world war, the story of how Percy Raditadi formed the first private radio station in Botswana in 1999, and how that changed the radio landscape forever.
Molosi believes that any compelling story is worthy of being told, whether the person is known or not. He particularly believes the Sir Ketumile Masire story is important because it embodies humility, what is called Botho in Setswana. “What better way to revitalize Botho than to tell a story that shows how Botho was the crux of our diplomacy when our country was formed? He asked, pointing out why he included this insight in his book, We Are All Blue.
He also argued that world war II veterans are mostly forgotten today and  that it is good to be a nation that salutes those who died in our name. “Percy Raditadi changed the way this country tells its story to itself by putting young people behind on the airwaves,” he added.
Government spokesperson and historian, Jeff Ramsay says the list of potential stories to tell from Botswana is almost endless as our history like that of most nations is full of drama. He said among many stories, those that he would like to see as films or plays include the Guns of Dimawe which is a historical drama of events leading up to and the aftermath of Batswana-Boer War 1852-53,
“Movie mostly set in Botswana, but also Cape Town, Transvaaal and perhaps London, about how Batswana came together under Kgosi Sechele’s leadership to successfully defend their country from the Boers,” he said. He explained that such stories could help look at conflict in human terms, effect on men women and children. As a period piece, Ramsay said it would show local societies in transition, adoption of guns and other industrial goods, debate between tradition and Christianity.  Cast of character would include David Livingstone which might help overseas market.
Another historic story of interest, Ramsay says is the Flogging of Phineas MacIntos, a young white man tried in Kgotla by Tshekedi Khama in 1933, resulting in an international incident, which could appeal as another Botswana racial drama. “Serious themes but comical scenes of British navy invading Botswana… a somewhat satirical script could easily be adapted from late Michael Crowder definitive book on the incident. Twist, MacIntosh and Tshekedi were actually lifelong friends from time attended primary school together,” he said.
Ramsay also mentioned The One Eyed Queen, a biographical drama on the extraordinary life and times of Mohumagadi Gagoangwe Gaseitsiwe (nee Sechele), who through her stout determination, and wisdom becomes a force for progress and matriarch among the Bangwaketse, Bakwena and Bakgatla bagaMmanaana in particular. Peacemaker, promoter of education, star in four decade royal soap opera- in her final chapter she hands over power to her daughter Ntebogang in Kanye having ultimately secured the dynasty for her grandson the future Bathoen II. 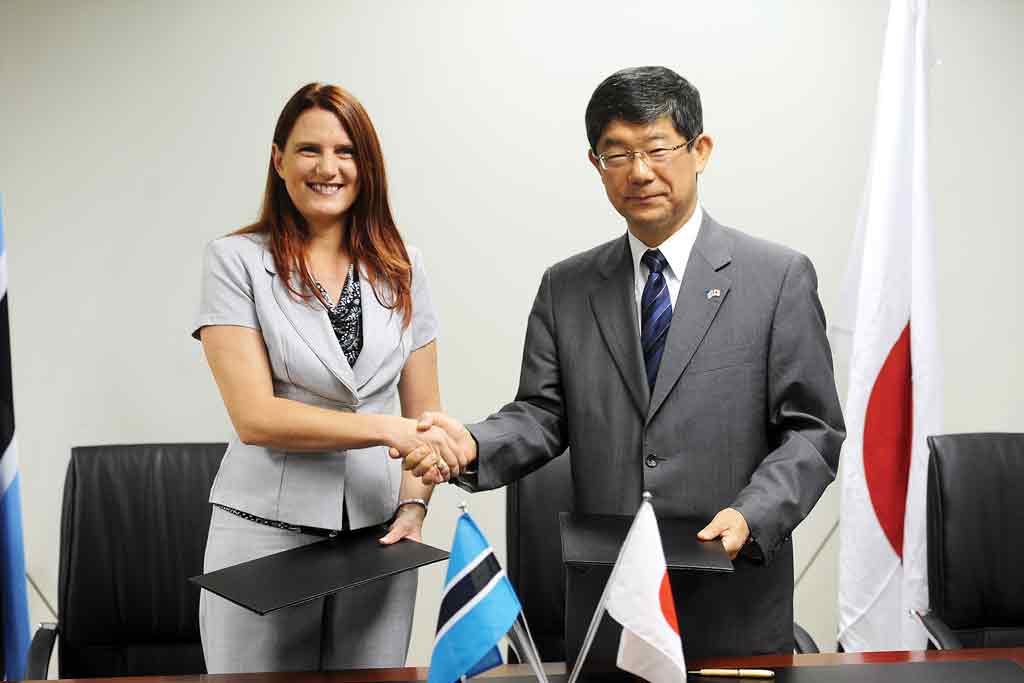