After 10 days at Germany’s Goethe Talents show, the songstress from Mochudi got her break into the world of film in South Africa when the producer of a Zulu romance chose her to serenade viewers with a song by the inimitable Ella Fitzgerald, writes GOSEGO MOTSUMI

The lilting voice of sultry songbird Mpho Sebina is featured in one of South Africa’s highly-anticipated films titled “Zulu Wedding” marking another milestone in the career of the serenader from Mochudi.

With the film’s official premiere slated for 11 October 2019 at South African and Botswana cinemas, the ‘Black Butterfly’ songstress did a cover of Ella Fitzgerald’s “Funny Valentine” after the film’s director Lineo Sekeleoane approached her.

“The film director had heard my music before and she reached out to me,” says Mpho. “We had a meeting in Sandton and a few weeks later a contract was sent over. The deal was done with the help of Charles Favi Motsemme on production and we managed to recreate the classic. We had a great time doing so too!”

“Zulu Wedding” is described as the first South African film to boast a black female producer and director. The film is a romantic, glamorous and hilarious narrative that pays tribute to the richness of African culture. The film follows the story of feisty choreographer Lungile who avoids falling in love by all means. Even more, she avoids going home to South Africa where she is traditionally engaged to a king. However, when she meets her soulmate, Tex, she has to face her complicated past. Caught between the two men, families and culture, Lungile sets out to make a lasting decision.

For Mpho, this means her brand will enjoy the spotlight as part of the credit crawls at the end of the film. Most importantly, this opportunity will “open up my world to the film space, which is a super exciting avenue that I didn’t know I’d ever get into”, she says. “So I’m excited for more films.”

The “Loves Light” hitmaker was, last month, representing Botswana at Germany’s fifth annual Goethe Talents Programme 2019. She was one of the 10 musicians from across the world who won the 10-day Goethe Talents Scholarship programme, which is the product of collaboration between Pop-Kultur Festival and the Goethe-Institut.

Sebina is currently busy in the studio working on new music that will be shared during the course of the year. Her six-track EP titled “Neo” boasts a fusion of soul, RnB, African rhythms and nostalgic throwbacks. The first single, “Black Butterfly,” is a song about freedom and self-discovery whereas the second single is a melancholic and soulful melody titled “No Evil.”

Masa Fashion Show set to shine a spotlight on Botswana 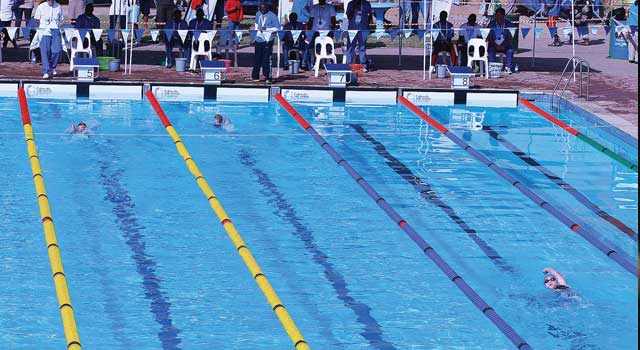