After the attorney and aspiring fashion designer amassed votes through her campaign that empowers victims of GBV, she won and will give half her prize money to a women’s shelter. Staff Writer GOSEGO MOTSUMI reports

Attorney and aspiring fashion designer, Daphney Muzila, brought a countrywide search for a female face of local brand, Keno Custom Suits, to a screeching halt when she was announced as the winner of the competition at The Princeton Lounge in Gaborone last weekend.
The competition was in search of a female ambassador who would embody the Keno Woman and Muzila tipped the scales in he favour, amassing the highest number of public votes online after she conceptualized and mounted creative videos of how she would represent the Keno brand that prides itself in its custom made suits in aid of those who want to stand out.
“I did not see this win coming because all the women were beautiful and creative,” the jurist said in an interview. “But I am grateful that I won because this competition has allowed me to do what I have always wanted to achieve. I have garnered a lot of public support through my campaign team that is helping me to empower victims of GBV.”
In the wake of escalation in Gender-Based Violence after the advent of COVID-19 and the lockdowns it necessitated, the 29-year-old lawyer is also running a campaign that gives free legal advice in GBV matters. With the help of two fellow attorney friends, Muzila is on a quest to change the lives of women who are victims of GBV. On 30 September, which was Botswana Day, she joined the viral “Jerusalema” Dance Challenge alongside other High Court attorneys to raise funds for Kagisano Women’s Shelter.
“Some of these women have to go back to their abusers because of the socio-economic problems,” she told Time Out. “So we are trying to make sure that the women are empowered. I have made a pledge to myself that I will give half of my winnings to the women’s shelter. I am really happy that I won because I will now be able to give back.”
As a way of celebrating and empowering women in Botswana, the Keno Brand is rewarding the winner with a cash prize of P5000, an all-expenses paid weekend getaway at Jakalberry Luxury Safari Camp in the Chobe, a wardrobe makeover, a monthly promo shoot with all expenses covered, a monthly massage, makeup and nails-do from Body Signature for three months, as well as a Rubbles Hair Salon deal for three months.
“It was not an easy task to pick the winner,” says co-founder of Keno, Thobo Kerekang. “The competition was all about finding someone that resonates with our brand. We did not want to use a celebrity and were very intentional about finding a woman who would resonate with Batswana.”
According to Kerekang, when the haute monde company came up with the concept of finding the face of Keno, they did not expect the campaign to break the Internet. However, an hour into the post running, the numbers hit the 70 000 mark and the team decided to bring their A-game to make the most out of the campaign.
“The year 2020 has been a tough one for business but we had to strike a balance because it’s not just about Keno but the contestants too,” says Kerekang. “There is much potential and ample opportunities for other contestants to work with us through business partnerships. We are always open to collaborating.”

Ruling in Seduke, Parliament case set for next month 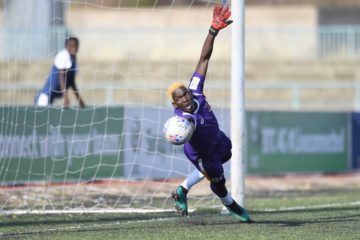