The 2019 Global Expo ran under the theme “Harnessing emerging markets for economic growth.” This speaks to the question of how Botswana can develop local industries for developing global products. One of the biggest attractions from this year’s show was KAJUMO the mega sized robot.

For the past 10 years, New Era College has been the champion of corporate social responsibility and an ardent supporter of home-grown engineering projects and local arts; which led to the decision to support a young artisan from the village of Malotwane who has built a 9 meter 2.9 ton mega structure from a variety of metals.

KAJUMO – The robots name, is taken from the first two letters of the creators names – Kabelo Julius Morokotso who was inspired to create it after watching a fantasy movie which featured transforming robots with his young sons, after which they said to him “Papa re Batla Roboto’!” (Dad, we want a Robot”)

New Era College saw it fit to help this talented young Motswana man to realize his dream of sharing his creations with the youth of this country to be able to inspire them to create and innovate using the most basic resources. “Don’t ever feel that your lack of anything be it money, food, shelter, clothing and even love is a factor that can stop you from reaching the top. If I can do this, in the small village of Malotwane, with scrap metals and a generator from my one room house without a consistent supply of electricity then you can do anything!” Says Julius.

New Era College aims to equip its learners with the skills they need for the fourth industrial revolution that will allow them to be able to easily create anything they can imagine through advances in technology. Through disciplines such as robotics and artificial intelligence, the College aims to empower artisans such as Kabelo to push the barriers of creativity and innovation with making robots like KAJUMO come to life.

“The College is built on the three pillars of arts, science and technology as we believe these are key components in creating a knowledge based economy’, quipped the Vice President, Mr Daruosh Ghodrati . At their state of the art Block 8 campus, the College offers a conducive environment to conduct research and carry out experimentation with the aim of developing more amazing innovations from young Batswana

As a leader in STEM education the College aims to produce graduates who are creative innovators and pragmatic problem solvers, which is why the College actively encourages their students to spend time at the New Era College Tinkering labs where they can have fun exploring the world of robotics and electronics.

New Era College is proud to have been a supporter of such a spectacular piece of Engineering and challenge future engineers of Botswana to create equally amazing fabrications that can serve as national monuments and testaments to the futuristic world we are living in. Through his artisan skills Kabelo literally has his future in his own hands and as a College we aim to develop this spirit of entrepreneurship in all of our learners so that they can create the jobs for themselves that they want to see in the future. 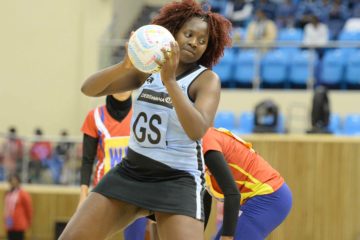