The World Health Organization (WHO) reports that without immediate action, the global number of deaths from cancer will increase by about 80% by 2030, with most occurring in low and middle-income countries-Dr Mhodya Mhodya

October is Breast Cancer Awareness month, a worldwide annual campaign involving thousands of organizations, to highlight the importance of breast awareness, education and research.
This past weekend, insurance company Life Botswana partnered with BoMaid, a medical aid company on a breast cancer awareness campaign. The campaign dubbed, Pink Fridays, seeks to attract public solidarity and spread awareness about the second killing cancer after cervical cancer in women.
According to Dr Botho Mhodya, cancer is among the leading causes of death worldwide with research showing that twice as many people die from cancer than from AIDS, malaria, and tuberculosis combined. “The World Health Organization (WHO) reports that without immediate action, the global number of deaths from cancer will increase by about 80% by 2030, with most occurring in low- and middle-income countries,’ she said, adding that BoMaid, for the period 2011 to date, had paid out claims worth P39 million for cancer treatments for an annual average of 235 members utilizing the oncology benefit, “The most common cancers within these group of members being breast, prostate and cervical cancer.”
She added that though substantial progress had been made in recent years with regard to prevention and treatment options for certain cancers, cancer burden was increasing owing to a growing and aging global population, as well as risk factors like smoking, obesity and poor dietary patterns. “Research shows that one-third of cancer deaths can be prevented through screening tests, vaccinations, and lifestyle changes such as quitting smoking.  Furthermore, early detection of cancer greatly increases the chances for successful treatment,” she advised.
For her part Managing Director of Liberty Life, Lulu Rasebotsa, said they were excited to be working with Bomaid to raise awareness for such an important cause. “The campaign will feature through radio discussions, mall activations and every Friday we have encouraged all our staff members to wear Pink to show solidarity and support,” she said.
The Pink Friday Campaign will also be hosted in the oncology wards of the 3 main hospitals, Princess Marina Hospital, Life Gaborone Private Hospital and Lenmed Bokamoso Private Hospital. Pink Friday kick started last week at Princess Marina Oncology Ward.  Liberty and Bomaid will also accompany The Cancer Association at their stalls on their Saturday mall visits. Breast cancer awareness month activities will culminate with the Association’s annual stiletto walk on the 27th of October at Rail Park Mall.
Bomaid Marketing Manager Beulah Mapitse said Bomaid saw it fit to partner with The Botswana Cancer Association and Liberty Life Botswana in an effort to continue to raise awareness and educate Batswana at large on the importance of screening, prevention and adopting healthier lifestyles.
Patron of Cancer Association, Dr Gloria Somolekae, shared Mapitse’s sentiments and advised that cancer was a disease that knows no boundaries and prevention was better than cure. 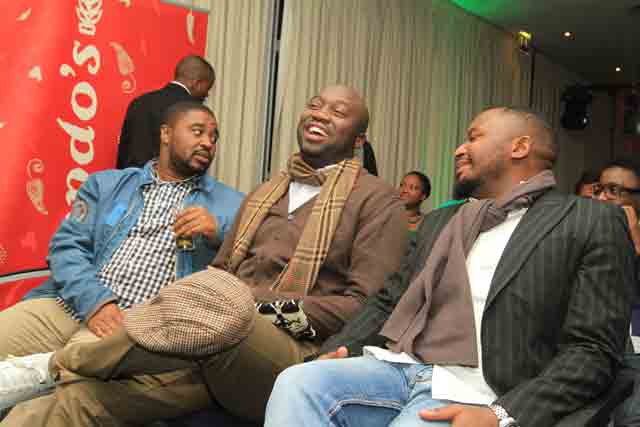