The cinematic short film featuring based on a poem by South African Iain Thomas, and directed by a South African based production company used to market the rare and exceptional Okavango Blue diamond has yet again caused outrage among Batswana creatives. Dubbed ‘The Light At The Start Of Everything’, the short film was shot over five days on location in Botswana by Kim Geldenhuys of 0307 Films, which is a South African production company engaged by the state owned Okavango Diamond Company (ODC).

“53 years after independence Batswana at Okavango Diamond Company entrusted by Government with marketing and selling the blue diamond found at Debswana’s Orapa Mine are of the view that there are no capable poets, let alone videographers or cinematographers in Botswana,” opined the Chairperson elect of the media sector by Business Botswana, Tonderai Tsara.
Tsara went on to highlight that, “with 87,000 unemployed graduates and where the creative and media sector is struggling to sustain itself and grow, one of the biggest creative gigs is given to a 100% South African owned company with a few capable Batswana playing bit part roles in the production. Did they even bid on it?”

The Okavango Blue Diamond marketing campaign was carried out prior to its media launch in April this year. In the last quarter of 2018 ODC briefed the South African based communications and marketing company, TBWA SA to develop a campaign which will profile the stone ahead of its sale scheduled for late 2019.

“Jobs that can be done by locals must be be given to locals. Foreign companies must bring skills and expertise that locals don’t possess. In a case where expertise is unavailable locally, foreigners bringing expertise must be compelled to partner with locals for skills sharing and transfer. We have a very educated workforce. What people lack here is opportunities to gain experience. Given the current high unemployment rate with thousands of graduates from all fields it is unacceptable that a job as simple as producing a TV commercial can be outsourced without giving local creatives an opportunity,” said local creative Gao Lemmenyane, adding that what he would want to know is, “How the company that did the TVC was appointed, was PPADB process followed, if procedure was followed where was the job advertisement? All this should be public information because ODC is a public entity and supported through public funds.”

This publication sent out a questionnaire with follow ups to the Okavango Diamond Company and they had not responded at the time of going for print. The questionnaire sought to enquire about the procedure used to select the engaged companies for the job and get feedback on the opportunities availed for local creatives.

Trevor Stuurman is not the face of Okavango Blue 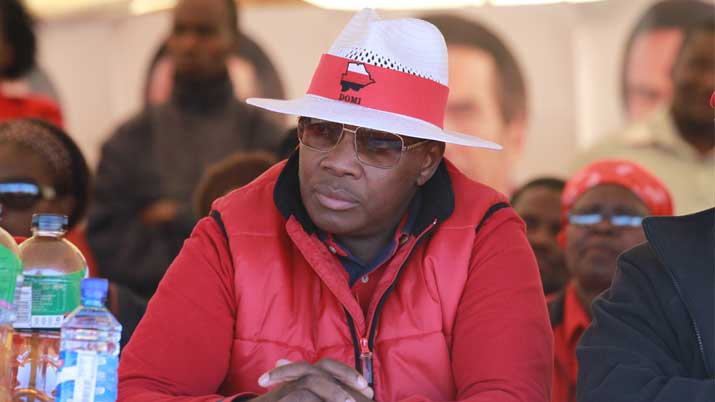