As part of the of the Yarona FM artists workshops aimed at fostering personal growth and artists branding, legendary kwaito artist Oscar Oskido Mdlongwa revealed that he has managed to stay at the top of his game over the years because he helped open doors and worked with young and upcoming artists. Oskido is credited as a pioneering South African artist who in the 1990s ignited the Kwaito revolution and today he remains one of the continents most celebrated producers, performer and entrepreneurs in South Africa. In 1992, Oskido and his partners established Kalawa Jazzmee, a stable that has been at the forefront of youth culture and produced iconic acts such as Boom Shaka, Bongo Maffin, Mafikizolo and Thebe among others.
“I am often asked how I measure my success and my simple answer is by the number of artists I have brought up or groomed into the limelight. That is how rich I am. Also, humility will help you to create relations. Respecting and opening doors for others has kept me relevant. Black Coffee is among the artists who had continuously knocked at my door. I now look at how well he is doing and I beam with joy,” he said.
Oskido also shared that when he started his musical journey, he did not have it easy but was driven by passion and inspired by the 1984 hip hop movie “Beat Street”. Beat Street tells the inspirational story of an aspiring DJ from the South Bronx and his best friend, a promoter who were trying to get into show business by exposing people to hip hop music and culture. In 1990, Oskido said Botswana was at the forefront of the movement of the music and this is where he met the legendary David Skizo Molosi who introduced him to house music. He told the story of how they came from nothing and ended up building a multimillion rand industry.
“Skizo had the vision of putting Botswana’s music on the map. I remember we would play in Gaborone, travel to Francistown in a taxi just so we establish a market for our music. This is where I met a young kid who pushed to feature his set and that was DJ Fresh. I gave him an opportunity to play and that is how we met,” he said, adding that he is still open to work with any artist locally as Botswana partially helped launch his musical career.
Promoter Seabelo Modibe shared the same sentiments as Oskido citing Hip Hop Pantsula as a great motswako music pioneer who groomed and paved the way for upcoming motswakolistas during his time. He advised artists to approach the promotion of their music and events with the same planning and professionalism as the artists they look up to.
“Analyse and emulate for example Kalawa, Sereetsi, Black Coffee strategies that can work for you and add your own ideas. Marketing music has changed radically with the digital age and that technology has the potential to take your music to the world knowing that it is up to you let the world know about your music,” Modibe further advised.
David Skizo Molosi who was referred to as Botswana’s Kwaito Ambassador during his days in South Africa said that in order to move Botswana’s music industry forward there were a myriad of inputs that artists need to put into play. Skizo said artists first needed to discard the entitlement mentality, venture into the profession for the right reasons and working together to build the business and grow the movement.
“I have never said just because I am a motswana, I deserve certain things to be handed down to me. Like Oskido said we have done a lot, travelled through South Africa and got immeasurable experiences. The work that I have done still speaks for itself because people can still acknowledge and say what I have done for the industry. Music is sacrifice, Oskido will tell you in the beginning when I was at Kalawa I had to go through a lot. It was not easy, but we knew why we were there, we wanted to go somewhere which is why on a hot afternoon you would find us at a taxi rank pushing,” he said.

No YAMAs trademark at the awards 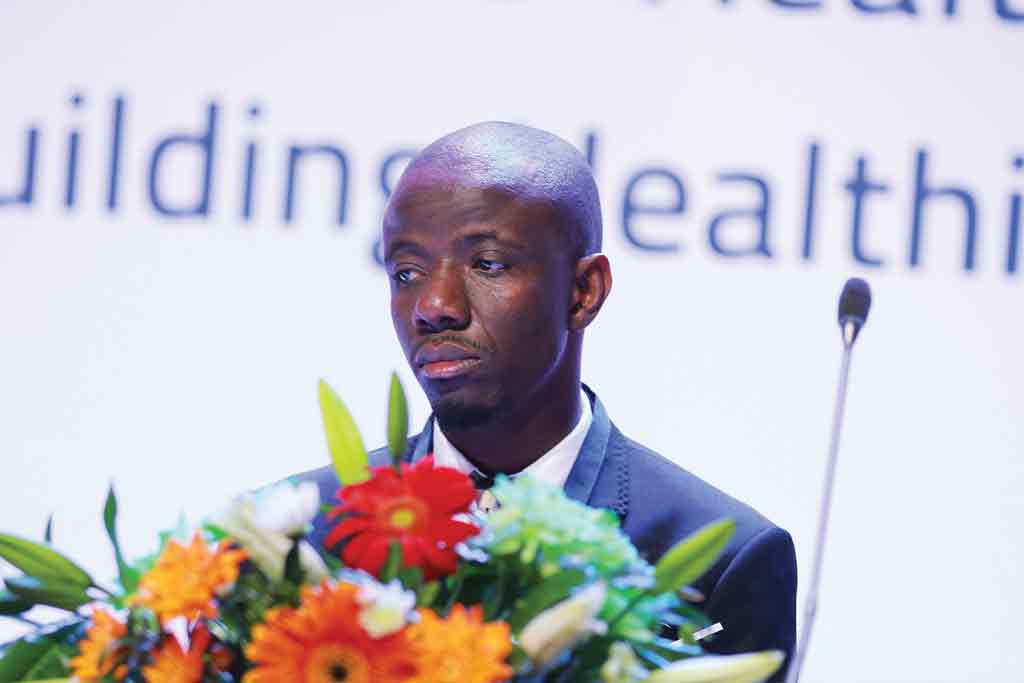