The annual Orange Letlhafula event held its own this past weekend as it demonstrated its ability to pull a large crowd despite coinciding with the groundbreaking Tlatsa Lebala concert which also took place on the same day.
Few skeptics could be forgiven for having thought the event would be overshadowed by Kast’s daring show, however the Letlhafula event’s celebration of local cuisine, dance, music and local arts has cultivated something of a ‘cult’ following and is ever in a Gaborone resident’s annual bucket list.
The biggest strength of Letlhafula was its ability to bridge the generational gap between the youth and the elderly who it united in one setting for cultural celebration. The event has become the perfect family fun day as well as a place to make fashion statements for the hip and fashion conscious.
Usually, generational differences in terms of music preference divide the youth and the elderly but the Orange sponsored event bridged that as they all sang the same tune. Performances by Mafitlhakgosi, Kukama, Dilo Makwati and Windie Le Dinotshi who performed a song aptly named The Letlhafula Song impressed the crowd.
One of the stand out performers of the day was of veteran musician Solly Segotso who thrilled the crowd with his hit song Pidipidi. The solo guitarist was a clear fan favourite as he provided one of the best pre-lunch performances.
Orange Letlhafula tickets were sold out three days before the event as its core supporters thronged the Botswana Craft courtyard, dressed to impress in their traditional attire; Dashikis and Zulu like cultural clothing were the dominant dress code amongst male attendants while their female counterparts opted for the tried and tested Leteisi (traditional German print dress). The theme of this year’s event was A Re Ipele Dijo, Mmino, Kapari le Mowa Wa Setso.
Attendants were treated to succulent traditional cuisine which included oxtail, seswaa, goat meat, bogobe jwa lerotse, bogobe jwa masi, letlhodi, mokoto and numerous other dishes. Drinks included Gemere, Mmilo and traditional beer to quench the attendants’ thirst.
Pre-lunch starters included magapu, manoko, mmidi. The food was in abundance as those interested in going for further dishing were allowed to repeat as many times as they liked, this also showed that the harvest was successful. 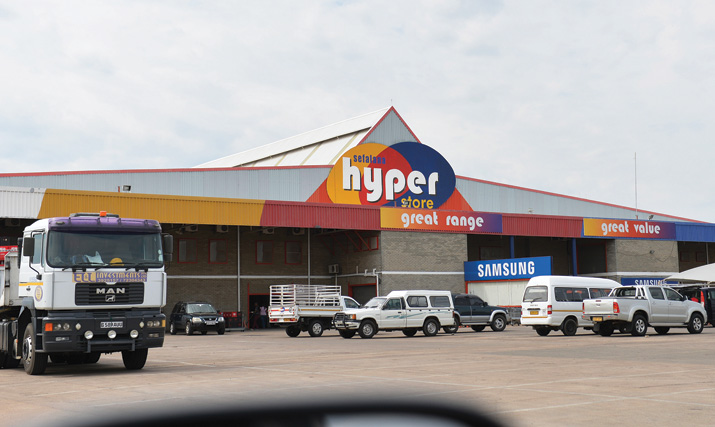