As people quibbled over who deserved to become Miss Botswana more, Oweditse lived up to her name when she did it for herself with answers that the judges say will stand her in good stead at the Miss World pageant

The small town of Selibe-Phikwe in north-eastern Botswana came alive this past weekend when it played host to the national beauty pageant, Miss Botswana 2019/2020.

The Factory was packed to capacity as the townsfolk flocked to see the crowning of 25-year old Oweditse Phirinyane who emerged Miss Botswana 2019, beating 11 other dazzling beauties from across the country. 24 year old Uua Murangi of Bodibeng was crowned First Princess while 24-year old Winfred Motcher of Serule was crowned Second Princess.

However, selecting this year’s winner was a daunting task as most Batswana insisted that Murangi deserved the queen’s crown rather than Phirinyane who emerged victorious after she was grilled with heated questions by a panel of judges.

Batswana’s support was divided between the two beauties with many agreeing that Phirinyane deserved to be the queen because she produced the best and relevant answers to the questions asked. Perhaps Murangi’s chance of winning the crown was ruined by the overhype as Batswana crowned her the queen before the grand finale was staged. Murangi was hailed the people’s choice contestant and was awarded Cresta’s Best Smile Award, winning an all-expenses paid trip to Cresta Mowana Safari Resort and Spa at the ceremony.

“We selected a queen that will represent us well at the upcoming Miss World pageant to be hosted in London and we feel Phirinyane can do that. The last three contestants were asked what they would say to attract international investors given the opportunity to sell the SPEDU region and our queen relayed information she was exposed to during their boot camp when they travelled around the SPEDU region in the past weeks. That was impressive and I would like to encourage Batswana to love and support her,” said one of the judges, Kgalalelo Lesetedi.

Meanwhile, despite being the people’s favourite, Uua celebrated the new queen, saying she was confident that Phirinyane would represent Botswana well at the Miss World pageantry because “she is a whole lioness and-a-half”, she posted before turning her attention to herself. “Congratulations to Queen Fafah,” she wrote, using her other name. “Feel free to join in. I know she will fight a good fight at Miss World. I am proud of Uua, what’s meant for her will always be hers. Thank you for the insane love and support, I can never say thank you enough.”

The Miss Botswana 2019/2020 pageant was hosted for the first time outside the capital Gaborone in a bid to breathe life into the economically struggling town of Selibe-Phikwe. Just like the Toyota 1000 Desert Race, SPEDU captured the opportunity to bring people to Selibe-Phikwe, which is the headquarters of the SPEDU region. The Chief Executive Officer of SPEDU, Mokubung Mokubung, said other parts of the country should watch out because they were now bringing all events to the SPEDU region.

Mokubung said during their revitalisation strategy, they had a principle called MICE (Meeting, Incentives, Conferences and Events). Despite the closure of BCL Mine, they felt a need to keep the region ticking by hosting more events. “Departments have taken heed of the call to assist the SPEDU region,” he noted. “Incentives have been approved by government for the Selibe-Phikwe and SPEDU. We are working with the government to attract industries that are sustainable and can operate in this area for the longest time. The main sectors we are looking at are manufacturing, agribusiness and tourism, and that is where the incentives will play a bigger part.”

“The beauty pageant falls under events. Through this pageant, we have proven that Selibe-Phikwe is not a ghost town. It is active. If BCL Mine is opened in the future, it would be a bonus because we want to diversify the economy to other industries. There are 54 villages in the SPEDU region and between 200 and 3000 people in each village. We are happy and delighted to be hosting Miss Botswana. In the next four years it will be hosted here.” 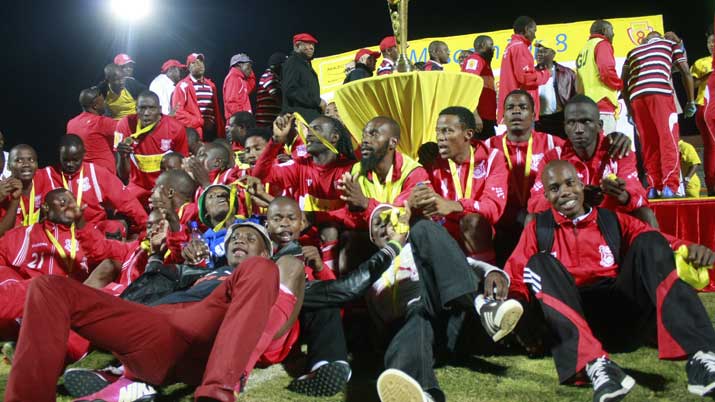