The Progressive Institute in partnership with the Institute of Development Management (IDM) announced that renowned Kenyan Lawyer and International Speaker, Professor Patrick Loch Otieno Lumumba is set to headline the 4th Career Elevation Summit, which will run from 08 – 09 October 2019at the Gaborone International Convention Centre in Gaborone. The much sought-after speaker will give the keynote address as well as participate in the question-and-answer session.

Professor Lumumba is no stranger to the Career Elevation Summit, he previously spoke at the event in 2017 where he addressed over 500 delegates. In addition, during the 2017 visit he also addressed over 100 senior government officials and corporate leaders on ethical leadership. The question-and-answer session will be hosted by Ms. Matlhogonolo Mponang who currently serves as Head of Human Capital and De Beers Global Sight-holder sales. During his visit, he will take time to address students at the IDM campus in Gaborone.

Patrick Loch Otieno Lumumba was the Director of Kenya Anti-Corruption Commission from September 2010 to August 2011. He is a holder of an LLD (Doctor of Laws) in Laws of the sea from the University of Ghent in Belgium. Lumumba is a staunch Pan-Africanist and has delivered several powerful speeches alluding to or about African solutions to African problems. He is the immediate former Director and Chief Executive Officer of the Kenya School of Law, a former secretary of the constitution of Kenya Review Commission. He is the founding trustee of the African Institute for leaders (AILL). Professor holds an honorary Degree of Doctor of letters (Honoris Causa) from the University of Cape Coast in Ghana. Currently, Professor PLO Lumumba is actively involved in running his foundation, Law firm and Pan African activities.

Career Elevation Summit is organised by Progressive Institute on annual basis, It is a two-day event that brings together hundreds of seniors -level decision makers from across all industries and learn from and be inspired by some of the world’s most renowned figures from business. The Summit offers a unique blend of ideas and inspiration, it focuses on the most relevant issues most relevant to today’s workforce, stimulating new thinking and motivation action. 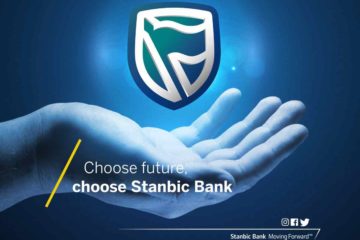