Rakgare Admits 50 People Quota Is Too Stinting On Artists

The Ministry of Youth, Sports and Culture (MYSC) continues to support the creative industry to help it stave off the effects of COVID-19 regulations on it, Minister Tumiso Rakgare told a press briefing in Gaborone on Friday following a protest by creatives over re-opening the industry last week.
However, Rakgare said he was disappointed that the protest meetings took place and dismissed allegations that the government had turned a blind eye on the welfare of creatives, saying his ministry had spent a total of P 35.1 million to tide them over in the course of the 2020/21 financial years.
“We are in the middle of a pandemic and have done and continue to do more,” he said. “NOW! TV will be closing a tender for studio-based entertainment productions soon. We are spending more than P5.2 million to stage these productions to keep people entertained while artists make ends meet.”
Rakgare disclosed that a festive extravaganza aligned to the new normal was in the pipeline. Minister Rakgare told journalists that the idea was inspired by the Ministry of Health’s appeal for people to stay home during the festive season. MYSC will provide the entertainment with the studio-based productions in which 497 artists will participate, some of them performing as a group.
“So there is no truth in suggesting that we are distant as a ministry,” he said. “The big issue is the re-opening because the 50 people quota is not enough and we continue to make attempts to open. But let’s understand that there is a virus.”
With only two weeks left before the year is out, artists remain optimistic that the industry will re-open so that they may earn an income after nine months of no gainful activity. Rakgare said the desire was to re-open because the government would not deliberately refuse to do so for the reason that lives would improve once the economy was opened.
“We met as Cabinet and I can promise that very soon there will be an improvement in the 50 people quota,” he emphasized. “The meeting did not happen because the artists’ emergency meetings at GSS Grounds and Old Naledi Grounds pressured us. (The meeting would have been) a continuation of our attempts to save the industry. We strongly condemn those meetings and are very disappointed.”
Following the protest meetings of entertainers last week, the leader of the movement, Odirile Vee Sento, was slapped with a P10 000 fine for violating COVID-19 protocols. However, his fellow entertainers once again came together to help Vee pay the hefty fine in a demonstration of solidarity with the kwaito-kwasa star. “Thank you for the contribution,” Vee said. “I appreciate it. The money will be paid directly to the police. Unity is power.”
MYSC has to-date assisted 17 567 artists with P16 million from the COVID-19 Relief Fund. P600 000 was used on President’s Day festivities to engage artists, P1.5 million was paid to artists during Independence festivities while P438 800 went to tuition living allowances of 20 people in the creative sector at Limkokwing University of Creative Technology.
“We do support the sector,” Minister Rakgare said. “We traverse the country to listen to creatives. During these meetings, creatives have said they understood that there is a deadly virus and that they were going to help us fight it. They were happy for the relief and asked for an arts council. Before March 2021, there will be an office for the council.”

Rakgare Admits 50 People Quota Is Too Stinting On Artists 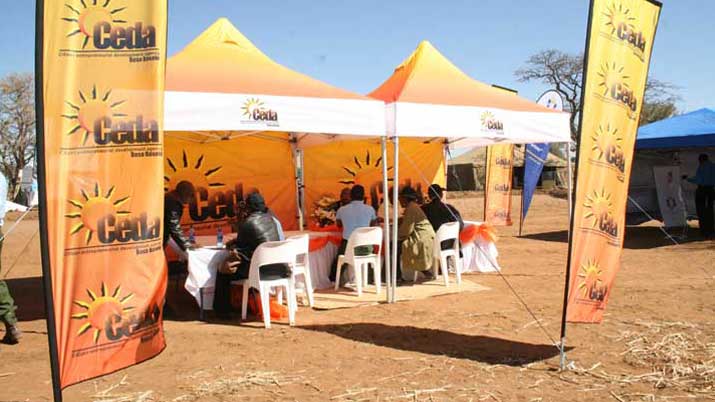