Former political activist cum writer, mindset change coach and ability analyst Raphael Sikwane has just released the 3rd edition of his mind power books.
Sikwane says he started working on the three books late last year and he hopes to inspire people to re-discover the creative power of their minds. He released the first edition of his books in 2009, releasing the second edition.
His books titled Stress; The highest killer disease of the 21st century and beyond, The Benefits of what we teach (Mind power benefits to society) and Total development of a human being approach; a road map to increased abilities  he says were inspired by the realization that one can use their minds to achieve more of what they want.  “I am a mindset change trainer, ability analyst and author. Over the years I have developed an inquiring mind. I have read over 1000 self-help books. I read daily and analyze human activities from an ability development angle and from the root cause angle. One of the things that has driven me to write more of these books is that I realize the world is driven by negative mindsets and negative emotions of  fear, anger, jealousy, pain and that is why we find a lot of people becoming sick and acting strangely,” he says.
In his book on Stress, he shares with the reader stress management techniques. “Consciously, it is not in the nature of man to deliberately inflict pain on self. However, the individual does inflict pain on self through ignorance. Ignorance about how the mind functions in matters of dealing with inner causes. Stress is a hidden pain generator. This book will help you to learn to analyze life challenges from the root cause angle. Failure to do this makes it impossible to strike a win against life challenges and results in an inevitable vicious circle of stress syndrome,” he comments.
Sikwane says the world is now psychotic because of inner psychological barriers which make people depart from normal conduct. He says in his book Total Development of Human Being Approach, A road map to increased abilities he discusses the critical importance of knowing how the physical, mental, emotional and spiritual body functions while in his third book The benefits of what we teach (Mind power benefits to society) he discusses the benefits of a trained mind. “An expanded and trained mind is the only known guarantor for ensuring a positive, creative, balanced and effective utilization of the 60, 000 thoughts per day that each and every one of us regardless of class, color, geography, level of education generates. An expanded mind has a higher level of mind/brain capacity. It is a product of knowledge, skills, information, and strategies, experiences acquired through both formal and non-formal education. Those are some of the things I discuss in my third book,” he says.
Answering a question on some of the challenges he encountered when getting these books published, he said money was an issue, “The challenge is getting people to understand the power of their minds.”
Sikwane’s books can be found at Exclusive Books in Gaborone, Delsue Investment in Francistown, Pioneer Bookshop in Selibe Phikwe and Quartz Stationers in Palapye. 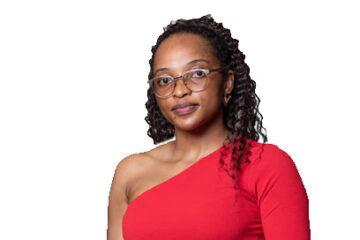