All rumors have now been put to bed; the Boss Rick Rozay will perform in Gaborone, Duma FM grounds on 31st December.
Sponsored by MTN Business Botswana in association with Trace Urban, Trace Africa, Kopanong FM and web tickets, the strictly hip hop event will shut down what has been an eventful year for local hip hop.
“I can confirm that the Rick Ross Live show is 100 percent legitimate, through MTN Business Botswana with our other stake holders, we have put pen to paper with Rick Ross management. Our plan is to give some of the local artists international exposure so as to help the music industry grow,” Kenny Motlholwa Fables of Urban Culture told Time Out.
A fortnight ago, Rick Ross sent social media network into a rapturous affirmation in a short video, when he confirmed he would be performing at the Fables of Urban culture show on the 31st.
“I cannot wait to get to Gaborone’s New Year Fables at Duma Grounds. It is official December 31st, the Boss will be there like never before”, he said on the video.
This publication understands that initially, the organizers had planned to stage the American rapper at the 22,500 seater National Stadium on the 17th December, but due to its unavailability, ended up settling for Duma FM grounds.
“We are very much aware of the concerns from people in regard to the size of the venue (Duma FM) which is why we have limited the number of tickets to the show, and encourage Batswana to buy theirs early to avoid disappointment,” Motlholwa cautioned.
The Maybach Music ring leader Rozay, is expected to perform some of the hit singles from his 8th studio album, Black Market. Hit singles One Of Us featuring  Nas, Silk Road, Colour-Money, Crocodilepython and Peace Sign are some of the tracks that have ascended the album in African markets. Rozay’s hip hop imprint Maybach Music Group is the home of Omarion, Meek Mill and Triple C’s who have established themselves in the music industry.
Down the years, the American hip hop industry has seen quite a number of greats who have gone under the radar, (Ja Rule, Nas, DMX, Gucci Mane) and rightfully so ,Rozay’s stock in the industry has come in to question. The last international hip act to grace the local scenes was Ja Rule in 2014, clearly past his peak by then. This will however will be a different case Rozay who has a dashing six studio albums under his belt, with songs that topped charts all over the globe.
Meanwhile, tickets for the show can be purchased at www.webtickets.co.bw and Spar stores outlets: the standard ticket for P500, golden circle P800, and VIP for P2, 000.The year 2016 has been quite a good one for local hip hop, from twitter rants, first live performances and lucrative deals. Rozay’s performances in Botswana will be a perfect seal of monumental activities.

Sold out shows for Anne Kansiime 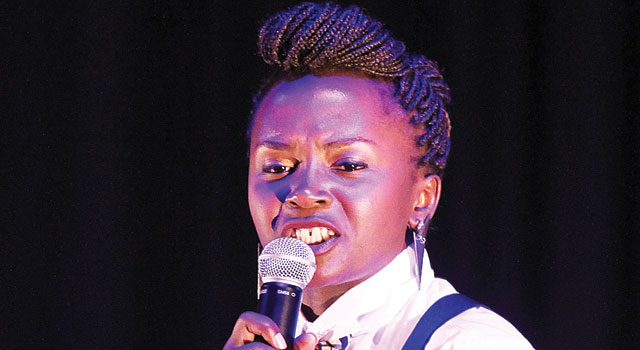