May 24, 2020 Admin
Home»Lifestyle»Events»Riding for a cause: Tour de Tuli cyclists spend more time in Botswana
Events/Lifestyle

It is a benefit event that focuses on children

After launching a new route for this year’s Nedbank Tour de Tuli, participants spent more time in Botswana than in previous years, immersing themselves in the African bike safari experience and interacting with local communities.

Hosted last weekend at a temporary campsite along the Motloutse River styled The Amphitheatre Bush Camp at Mashatu in the Tuli Block, the four-day cycling event presented a great opportunity to highlight the Greater Mapungubwe Transfrontier Conservation Area, which protects wilderness areas in Botswana, Zimbabwe and South Africa, all three host countries for the cycling tour.

Dubbed Africa’s most exciting mountain-biking event, the 300km route this year started and ended at Mapungubwe Confluence Camp in South Africa after going to Nyala Berry Bush Camp in Zimbabwe before making its way to Botswana’s Amphitheatre Bush Camp. The riders spent two days in Botswana to enjoy the country’s beautiful scenery, plus a visit to one of the Children in the Wilderness schools.

Grant Woodrow, who is the Chief Operations Officer of Wilderness Safaris, said they have been running the cycling tour for many years and wanted to create a different scenery for riders while keeping logistics costs at a minimum. “We normally do five camps and we decided on three camps and a stay at two of those camps for two nights, which gives riders time to settle down and regroup,” Woodrow explained. “This event is not just about cycling.

It’s a privilege to ride around these areas but the crux of it all is to raise money for conservation and trans-fonteir park initiatives, the communities within the parks and a really broad based sustainability programme. We hope to generate a profit of R2 million necessary for the projects. This year we have registered about 220 riders 30% of whom are international while the rest are from the rest of southern Africa. It is good to see international riders because it gives us good exposure as some will visit the lodges after the challenges, and this will expand the financial injection in the area.”

This year has also seen an increased participation of Batswana in the cycling tour with others appointed team leaders because of their wealth of experience in cycling. Johane Rakumako is a local rider from Pilikwe who has participated in Tour de Tuli since its inception when it was called Tour de Kruger. “This time around, I have been invited to lead Group 13 and I keep coming back,” Rakumako said. “It is a good cause of donating to schools so our children know more about tourism. The new route was very refreshing, even as it was challenging because we cycled uphill since the Mapungubwe landscape in Zimbabwe is lower than it is here in Botswana. When we started there weren’t many Batswana in this challenge but the numbers have improved over the years. In the course of time we have learnt the health benefits of riding bicycles and participating for opportunities and good causes. I encourage Batswana to be a part of this event.”

The Stanbic Bank Cycling Club had eight riders who participated in this tour for the first time. Their team leader and chairperson of the cycling club, Thabo Okie, said they participated because the event raises funds for schools in Botswana. “Even though we were not very prepared for this because the terrain is a quite tough and requires considerable dexterity on the saddle, we enjoyed ourselves a great deal. We will continue to participate in the coming years,” Okie said.

“I am very privileged to have come out to experience some of the local traditions, hospitality and scenery in Botswana,” said Ryan Greenhall, a rider from Johannesburg. “In our normal day lives we tend to forget just the basic principles of unity in life. So it’s a fantastic opportunity to come and experience new places and meet new people. The cycling has been absolutely phenomenal. We were chased by elephants early in the ride, something I have ticked off my bucket list.”

Perhaps, the true magic of the annual mountain biking event is reflected on the faces of the villagers who get to benefit from the cycling challenge, which is the main fundraiser for the non-profit organisation called Children in the Wilderness (CITW) formed alongside Wilderness Safaris. The programme is dedicated to helping children see the beauty and potential in the wild places of Africa, both for their own development as people and for the conservation of unique natural resources.

Located just 8 kilometres from the Amphitheatre Bush Camp in the middle of the hilly landscapes of Bobirwa sub-district is the historically-rich but small village of Lentswe-le-Moriti. The village, which is one of the beneficiaries of the cycling challenge’s proceeds, sits in the Northern Tuli Game Reserve and the villagers co-exist with wild animals. With a population of about 500 people, the village only comprises of members of the Zion Christian Church (ZCC) who relocated from Kgatleng District and the South East District in the 1950s. The village has no headman but is led by their church elder, Jebe Mogotsi. Major developments in Lentswe-le-Moriti include the only primary school and a health post. There are no hangout spots as evenings are dedicated to church services.

Its location within the tourism area makes the village a fitting beneficiary as it is next to the Limpopo River and Tuli Block’s most famous feature called Solomon’s Wall. Solomon’s Wall is a 30m high dyke cut naturally through the landscape on either side of the Motloutse riverbed. village elder, Efah Thipe said: “All we have ever known since we settled in this area is the wildlife and the surrounding natural resources. Each year we look forward to Children in The Wilderness’ contribution as they support and operate eco clubs in the school. They are investing in the future of our children who are interested in expanding their knowledge of environmental issues. There is no greater gift than that because they are taught about how to take better care and benefit from what they have known their entire life.”

For her part, Eco Club coordinator in the Bobirwa region, Isabel Wolf-Gillespie, said in a remote area like Lentswe-le-Moriti there aren’t enough opportunities for the people other than in the tourism sector. “We are not going to start having a factory out here or a have a town with all sorts of work opportunities, so we believe that the protection of wildlife has an effect on the community through tourism,” she said. “The programme itself is an addition to the programme that the children are already taught at school. We just add to the curriculum. It’s not in competition and we feel that by starting with children that are younger, they are growing up with an understanding of wildlife for their own safety because they live amongst wildlife and for the future in the tourism industry.”

Why we should tear up the EPA…eventually 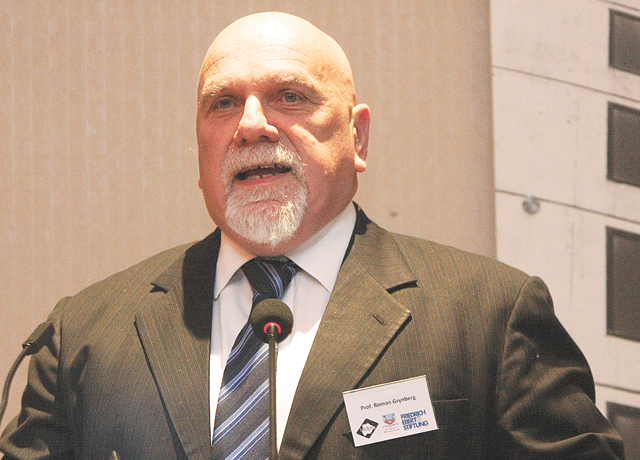