The cat’s out the bag as veteran Afro Soul singer, Ringo Madlingozi this past Friday at the first Mascom Live Sessions for the year hinted that he will be working on new music with local afro pop crooner, Lizibo Simon. Madlingozi made the announcement between his set before inviting Lizibo, who was curtain raising for him onto the stage for a surprise act. The two sang Madlingozi’s award winning hit, Sondela and ended their collaboration with Lizibo’s new single titled, Di Out, much to the crowd’s delight.

Previously, Botswana Craft’s Oliver Groth said the show was part of their efforts to define the venue as a place for growing the arts through mature music. In his homeland and beyond, Madlingozi has nurtured a number of young talented artists, encouraging them in their pursuit for greatness and providing them with opportunities to realize their dreams. He has written music and produced albums for a number of budding artists and assisted those who had no means to record demo CDs of their music, poetry or stories.

“We need to work with artists that are from Botswana and I would like to use a studio here so that every time that I come to perform I bring along my producer. I would like to work with young artists from here. I love Lizibo’s voice and we have something in the pipelines, it’s a secret for now but be on the look out,” Madlingozi said.

With 152 songs under his belt Madlingozi’s soothing voice and energetic stage presence had the audience on their feet. He sang all the fan favourites, including Kum Nakum, Ndiyagodola, Nkqo Nkqo Nkqo among others. In the music veteran turned political activist’s music were messages of love, he spoke of forgiveness and unity amongst humanity. Through his music he expressed his views on political and social challenges and injustices that have wreaked havoc in the mother continent and worldwide.

“It is always a spectacle to watch Ringo perform live and the best part is when he engages us, his audience. He even takes requests of songs we would like to see him perform. That is a rare occurrence and for regular attendees who come for the sessions when he returns every year, the experience is one worth seeing over and over again,” one reveler opined.

Lizibo also set the tone for the night with his performance, followed by a surprise acappella renditions of his popular songs backed by KTM Choir. The Shetla Lame crooner said the rising number of gender based violence cases in the country inspired him to release his new single Di Out. The Zwenshambe native has two albums under his belt and is in the process of releasing his third offering sometime this year titled, Year of JAGA which translates to year of the gentleman.

“Statistics of GBV are rife and with this song I wanted to remind men how easy it is to treat women right. It shouldn’t be anything fancy, just take her out and give her a break from home chores. My song advises that instead of battering women, men should opt for kinder gestures,” Lizibo explained. 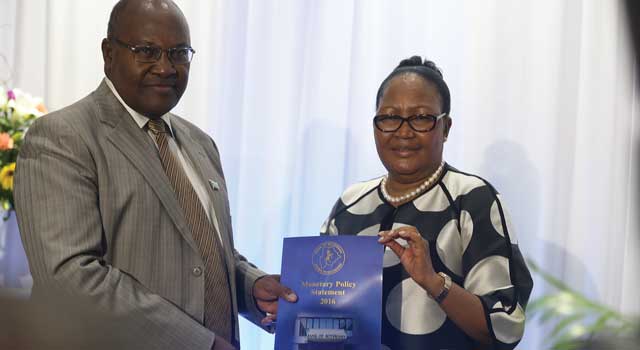