Sereetsi and The Natives will embark on a 9-day tour of South Africa next month in an attempt to break into the international scene.
The tour, which will start at the Afrikan Freedom station in Johannesburg- will be hosted in popular places such as Newtown Junction, Railways Café, Winnie’s Jazz Restaurant and Mmabatho Palms.
“I feel like I have already made an impact in our local borders so the whole mission is to push my brand outside the country. Down the years we have seen international acts coming in our country to promote their music, so I want to promote my music outside as well,” band leader,Tomeletso Sereetsi told Time Out.
The Robete hit-maker however says that they have experienced limitations due to lack of financial support. “The tour on its own is a risk for me since I have not had enough support from companies to help support my initiative. Luckily for me I always use social media to market my music so I got contacts in South Africa. I have had events in Namibia before, but the tour in SA will be one of my biggest highlights,” he said.
South African jazz group, Tydal Wave, has been confirmed to perform at the tour, while other acts are yet to be confirmed. “The demand of our music is very huge so we intend to make a good impression on the tour,” Sereetsi said. 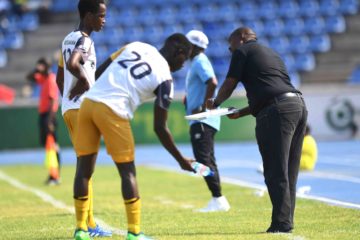