The 13th Son of The Soil Cultural festival will see its main event activities moved to the morning, with added activities in the afternoon and evening.
These changes are part of a number of  tweaks that are a result of concerns raised about previous editions of the festival. This year’s festival which will be held at Serokolwane Lawns on 24 and 25 February is themed “Kwa Re Yang Re Kgabile” (Where we are going looking dapper).
“The organizers are mindful of the feedback they got last year, and are as such working around the clock to give a fresher interpretation of living the Botswana culture in the 2017 event,” said  organizer Pontsho Pusoetsile.
The main event which will be on Saturday, will see a breakdown of activities into morning, mid-morning, mid-day, afternoon and evening sessions. The festival will be preceded by a Pitsong workshop on 17th February. The workshop has various Setswana themes and topics covering food, culture, home stead culture, tribal culture and traditional music.
This year’s festival will also not have the usual Sunday Jazz session as it has been removed. Private caterers have also been roped in this year. “We will from this year not be providing lunch as part of the cover charges, but will instead be engaging private providers to cater at the event. Our patrons will be paying for their own lunch whereas breakfast and traditional beverages will continue to be provided as part of the cover charge,” Pusoetsile told Time Out.
The festival which is organized by Bana Ba Mmala in association with Botswana Tourism organization (BTO) and Computicket focuses on culture as a national development pillar and will, this year make traditional dressing its centerpiece. Different Botswana traditional and contemporary attires will be showcased. Son of The Soil revelers are expected to attend strictly clad in traditional attires.
Activities during the main event will range from donkey carts rides, dikwaere, board games and skipping rope games.
Time Out understands that the event was initially slated for the end of January but was moved to February out of a consideration that people had just come out of a busy festive season.
Entrance fees are P200 for adults, P50 for children under the age of 12 and can be bought at Checkers Airport Junction, Shoprite Station in Gaborone and at Shoprite Molepolole, U Save in Mochudi. and the public is advised to adhere to the strictly traditional attire. 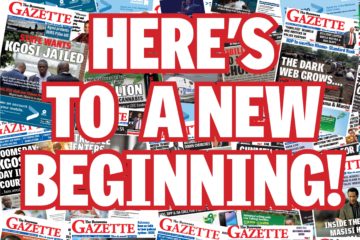