Afro Jazz artist Thabang Garogwe went quiet after releasing his provocative 2014 studio album dubbed “Le Romile Mang,” leading many to wonder if he had quit the scene. Fast forward to four years later and jazz musicians suggesting that a revival could be on the horizon on his social media platforms.

They were vindicated last week when Garogwe’s latest offering, “Sesame Kele Nosi,” was released. Garogwe says love is a major theme on this new album that invokes the raw and rough sound of his early records, “Ke A Gana” in 2011 and “Moratiwa Nkamogele” in 2013. “This new offering is a love affair that takes one into the challenges of life as a whole,” he said in an interview. “I believe this is a true reflection of growth as it serves to sell our beautiful country through music.”

The 10-track album is the result of a star-studded ensemble of originally composed Botswana Afro Jazz and Afro Soul tracks. This latest offering was recorded with Touch Records from 2017 until it was completed on 10 May 2020. He worked with the finest talent of Botswana, including Thabo Kgaswane in production, Gomotsegang Rapoo on guitar and Lereko Lesole on bass.
“This is a life changing album that brings inspiration, relaxation of mind and restoration of love in our families. ‘Sesame Kele Nosi’ is about having that sense of belonging in a relationship; having that one special person who accepts you the way you are,” Garogwe said.

The music stalwart mastered and perfected his new album during the first COVID-19 lockdown and is working around the clock to distribute the new product to his loyal followers who have been waiting in anticipation for his next release.

Garogwe plans to have the new album available on digital streaming platforms that he is still identifying. Plans are also underway to make the product available from all local vendors and courier services for jazz music enthusiasts who prefer a hard copy.

“After four years of not releasing any music, I saw it fit to get back in the studio and do what I do best,” said the muso. “Batswana have been asking for new work and I had to give them what they wanted. The response has been inspiring, especially in these tough times of lockdown.” 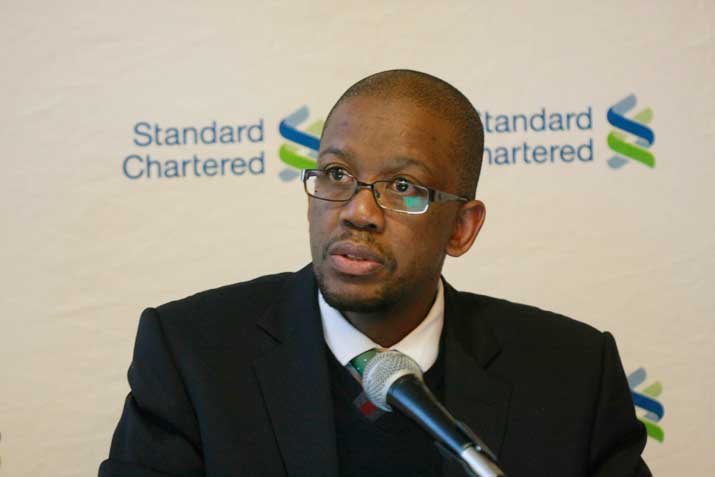