While the organisers of this year’s YaronaFM Music Awards (YAMAs) could have easily put their bubbly on ice and postponed the event until the world got a bit more ‘real’ again, they decided it would take more than a marauding virus to stop them.

And so music enthusiasts logged in last weekend to witness the first virtual awards streamed live on youthful TV channel, NOW TV, and DStv channel 290 while New Capitol Cinemas at Phakalane hosted another watch party on the same night.

Brought under the theme “Fabulous 21,” the 2020 edition of the YAMAS was originally slated for the University of Botswana’s (UB) Campus Indoor Sports Centre early this year but the plans were scuttled by the Coronavirus pandemic. “Going virtual gave us a chance to make sure the awards do not die out,” said the founder of Yarona FM, Percy Raditladi, in an interview.

“We did not anticipate this, but this is the next chapter of our lives. Even though the awards turned out beautifully, it was not an easy journey. We lost two days of sleep trying to perfect the art of a virtual show. There will always be teething problems but we are happy. Virtual is good. It’s a new journey that requires a new mindset.”

Presented by Yarona FM stalwarts, Leungo Pitse and Kedi Molosiwa, the virtual affair showed short clips of every video in the running before the lucky winner was announced for each category. The video was then cut to the winner’s speech, pre-recorded in case the artist won. Because everything was pre-recorded, including performances by ATI and Girly, the awards were delivered seamlessly.

Said Raditladi: “While it would never be able to quite compete with the excitement and spontaneous nature of an actual event, it successfully showed that this format could be adopted for today’s life. Personally, actual events still mean a lot to me but virtual also ensured that we do not kill the programme.”

In his keynote address, the Minister of Youth Empowerment, Sports and Culture Development (MYSC), Tumiso Rakgare, said the objctive of their partnership with Yarona FM was to deliver the first televised music awards. As a former sports presenter with the radio station himself, Rakgare said MYSC was grateful for the role that the station continued to play to nurture and grow talent, music and the broadcasting industry in Botswana.

“As custodians of youth and arts industries, we found it paramount to synergise our efforts with Yarona FM through NOW TV channel,” he noted. “MYSC purchased exclusive rights to broadcast the YAMAS 2020 as a strategy to increase local and entertainment content on the channel.

“The rights were acquired at a cost of P772 320. From this amount, P612 320, which constitutes 79% of the total budget, will go directly towards the empowerment of about 139 arts and culture practitioners. This event is 100% locally created with everything sourced locally. It is a proudly PHUSHA BW event.”

Meanwhile, this year’s awards saw many new youthful entrants made it to the nominations list and female artists made a mark by winning awards in categories for which they were nominated in. However, the biggest winner of the night was singer/songwriter Henceford “Han C” Magapatona who snatched the coveted People’s Choice Artist of the Year award that came with a whopping P35 000, Song of the Year featuring DJ Khuchi, Best RnB Song and Best Collabo with FME DJs, ATI and Mjamaica, as well as Best Pop Song with Frost and Towdee Mac.

The Icon of the Year award went to Itumeleng Tumie Ramsden while the Hall of Fame award was claimed by Eric Ramco.

Yarona FM partnered with MYSC, First National Bank Botswana (FNBB) and Mascom who contributed money for the cash prizes from P10 000. “We recognise the hardship that has befallen the creative industry due to the COVID-19 pandemic,” Station Manager, Kelly Ramputswa, said. “The effort of gifting artists with money is a big boost since most of them did not have any income from live performances due to COVID- 19 that led to suspension of many events.”

Teenagers and young adults with cancer are the hardest to treat 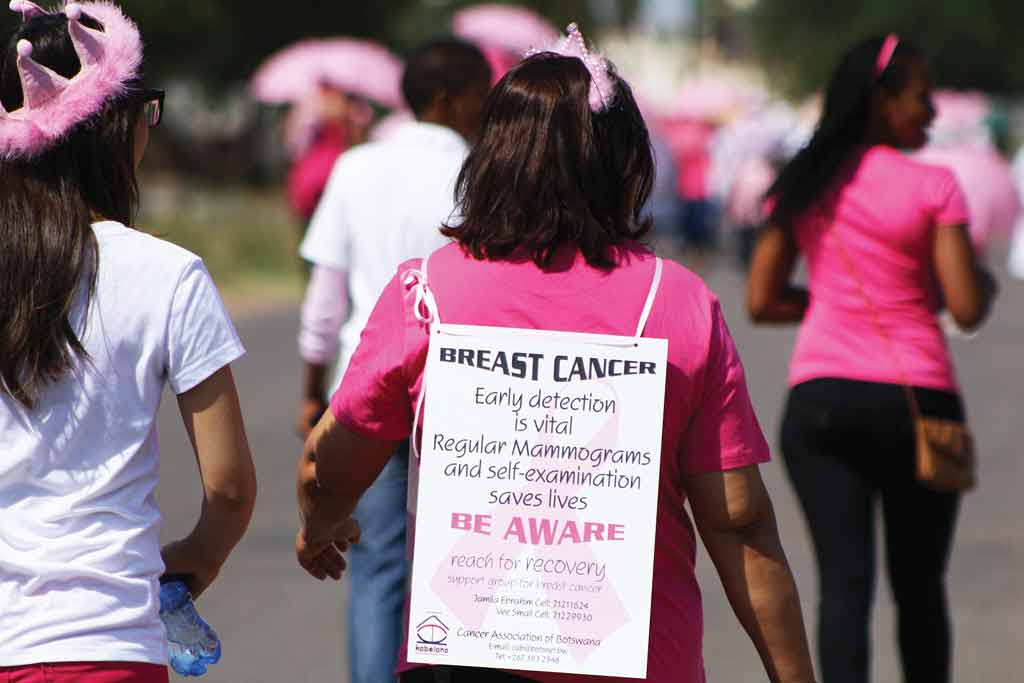