UPIC TV is the latest home for BW stories

In a historic turn of events, President Mokgweetsi Masisi officially launched Botswana’s first subscription-based streaming service at an event held at GICC over the weekend where several key government representatives and stakeholders were in attendance.

Through BoFinet, the government created UPIC TV, which is a digital subscription-based streaming service similar to other Internet Protocol Television (IPTV) services such as Netflix and Showmax, to showcase Botswana’s storytelling and entertainment.

“We made a promise to nurture the creative economy to make it a source of economic growth, job creation, innovation and trade, as well as to expose our arts and culture to international markets,” Masisi said.

“Yes, a solemn sincere promise, not election gimmickry. We also made a promise to promote Botswana as a digital society and to push for investments in the digital transformation of our country. I am therefore, pleased to note that the launch of this IPTV is yet another milestone in the fulfillment of these promises.”

Masisi said the IPTV platform would be a significant contributor towards commercialization of the creative and arts industry as outlined in the country’s Creative Industry Strategy. To fully implement aspirations of the digital economy, and to take advantage of the offerings that come with digital broadcasting, there was a need for provision of appropriate infrastructure.

BoFiNet had thus made notable progress in facilitating digitalization for the realisation of the objectives through the provision of telecommunications network infrastructure, investing in upgrading networks and enhancing access to WIFI services throughout the country, the President said.

“Furthermore, I note with pleasure that the broadcasting infrastructure is being transferred from the Department of Broadcasting Services to BoFiNeT with the aim of consolidating platforms that broadcast digital content,” he noted. “This will open more channels for the commercialization of the creative and arts sector and will further support our commitment to create sustainable employment, particularly for our young people whose interest in ICT has been remarkable.”

The global film industry is worth billions in US Dollars, and through UPIC TV Botswana will have an opportunity to create a niche through its culture and storytelling. Through local films and stories, the platform will be able to share national heritage sites, tourist attractions and hospitality industry with the global community, which has the potential to create sustainable wealth for the country and its people.

“I am informed that this project will unlock employment opportunities for nothing less than 5 840 Batswana by its third year of operation and many more through the hospitality, transport and tourism sectors,” President Masisi said.

Speaking on behalf of the industry at the same event, local filmmaker Johnson Otlaadisa of New Look Studios applauded the new platform, describing it as “an important milestone and an answered prayer”. Otlaadisa said their wish was not only to be famous but to also contribute meaningfully to the country’s economy, as well feed their families.

He said many had dismissed as election theatrics President Masisi’s invitation of American entertainer Steve Harvey to Botswana during which the two men shared a vision for the country’s film and TV industry at UB Sports Arena last year. They were now grateful that there is clear intent for the realisation of a new Botswana that the industry had long wished for.

“We want to thank you for making a major breakthrough with the upcoming National Arts Council and plead with you that talks on the Botswana Film Commission be accelerated as is it important to have proper policy frameworks for our arts industries,” the filmmaker added, addressing himself to the President.

The chairperson of the BoFiNet Board, Pelani Siwawa-Ndai, spoke of the importance of including Botswana’s narratives on the global stage. “We are extremely proud of the work that the BoFiNet team and content producers have done on bringing UPIC TV to fruition,” Siwawa-Ndai said. “Our stories, more so through the medium of film, have the potential to shape our imaginations, document our history and define our nationhood. Film is a powerful medium. The moving image can inspire, educate and emote. This platform is, by design, by Batswana for Batswana.”
Meanwhile, the new streaming website’s landing page takes one on a one-week free trial after signing up and creating a user account. However, the login fails a couple of times and there are no available options of the billing terms after the trial expires. One unique feature of the site is integration of live TV and radio stations on the platform.

Doing it for the food culture

UPIC TV is the latest home for BW stories 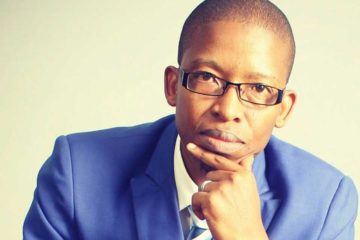