The album titled ‘I do’ features about 14 foreign artists

Kwaito kwasa star Odirile ‘Vee Mampeezy’ Sento will release a 13-track album titled ‘I do’ mid July this year. The album which he says is dedicated to his wife will feature about 14 international musicians from different genres.
Vee says he decided to collaborate with foreign artists to target a different market. “I have decided to go outside Botswana with the upcoming album, it is international. I want my music to be featured in foreign lands and it is about that time that Botswana music takes over,” he said.
The album will feature among others Sfiso Ncwane,  South Africa award winning gospel artists of the hit song ‘Kulungile Baba’. “I am particularly excited to be working with Sfiso on my song called Kea Kopa, a song that is destined to take over. He is equally excited to be working with me, and we can’t wait for people to hear it and see the performance,” he said.
He will also feature Zimbabwean contemporary artist Jah Prayzah, rising hip hop star Cassper Nyovest, Khuli Chana, DJ Maphorisa, Naak Musiq, Proffesor, DJ Tira, DJ Baxx, African Roots, Trademark, Move Africa, Mega Drum and Rhythmic elements.
“Most of the artists I featured are South African, because I want to penetrate their market. I will be doing that through collaborations. I have since realized that once I penetrate it will be easier for me to invade Nigeria, Tanzania- which is next target before the rest of the world,” Vee said.
He however said that most Batswana were not happy with his decision to collaborate with foreign musicians. He urged them to understand that his decision will promote local music outside the country. “All my music life I have been local. I have featured almost all Batswana artists and even ran out of options on who to collaborate with, therefore my time here at home is up and it’s time to penetrate other markets,” he explained.
Vee however promised that the album will not disappoint and was adamant that it will take the spring and festive seasons by storm. “I usually release music during the winter season so that the songs will usher in the warmer season when entertainment is at its peak. The album won’t disappoint,” he said.

We were not bribed by BOT50 - BEPA 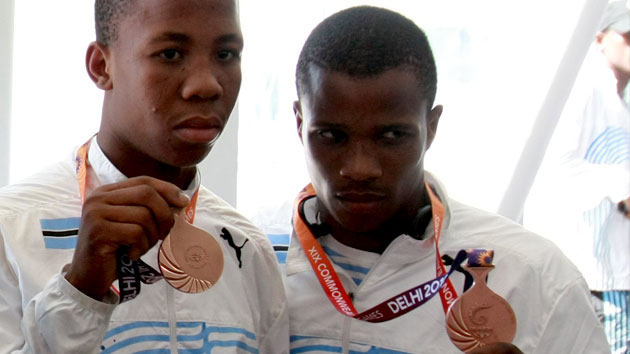