Facilitator at Thapong, Modirwa Kekwaletse says they plan to empower Thapong young artists through a project in which they will be creating signage sculptures of the Bot50 logo to be placed in key areas throughout the country. He says they expect to have completed a hundred sculptures by mid April and expect them to be placed at monument sites, boarders, roundabouts and airports.
“We are currently working on a project which we have been tasked with using art to popularizing the Bot50 logo around the country. So far we have been able to make 4 signs which can be found at all major roundabouts in Gaborone and the other is at the Office of the President. Outside Gaborone we have one in Jwaneng and the other in Tsabong.”
On the selection criteria of the artists engaged in the project, Kekwaletse says they picked artists who have not yet benefited in Thapong projects so they can also get a chance to enjoy opportunities of this nature. “We select artists in the areas the signs will be placed, in and before they can start working on the sign, we teach them how it is done and what is expected of them. Thus far we have engaged about 10 artists from Gaborone and surrounding areas who worked on the signs in Gaborone and Jwaneng.”
Kekwaletse also says they are currently working with 6 artists to create more signs. “In the second batch we are now working with 6artists, a slight drop from the 10 because now we are using a machine to come up with the letters while at first we were hand making them. I believe we will be able to reach more artists across the regions,” he explained.
Although he could not disclose how much money had been put towards this project, Kekwaletse revealed that the artists were remunerated following the completion of their work. 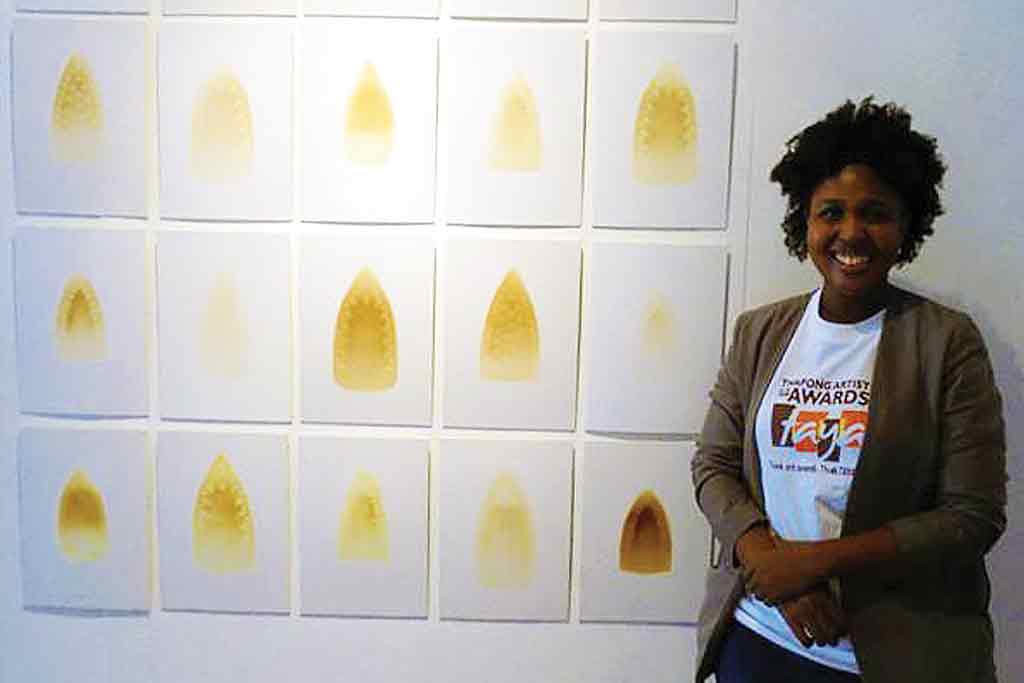