A company that has become one of the largest financial services providers in the country is marking its 40th year of operation this year.
While a host of celebratory events will mark this significant milestone in the coming month, Botswana Insurance Holdings Limited (BIHL) Chief Executive Officer, Gaffer Hassam, will be concerned about how to steer the titanic group of companies through the rough tides presently challenging the financial sector.“Its quite a significant milestone reaching 40 years at a time when many financial services companies are closing doors every day and there are financial scandals and all of that. So the 40 years reflect the trust that we have built,”  he said. He underlined the impressive success story that has been BIHL.
The company has grown significantly to be one of the top performers on the Botswana Stock Exchange and dominating in several sub sectors of the financial market and reached the P15 billion value mark.However, the company’s subsidiary, Botswana Insurance Fund Management (BIFM) saw one of the most challenging years. BIFM has benefited from the growth of the Botswana Public Officers Pension Fund (BPOPF), one of Africa’s largest single pension funds, as it managed a significant share of the P45.1 billon domestic and offshore fund.

The company however lost part of the offshore management contract speculatively valued around P9 billion. In the same period, BIFM unceremoniously lost its Chief Executive Officer, Tiny Kgathwane, after a stellar five years. It has been reported that under a new deal, BIFM will only have P2 billion funds under management from the offshore kitty. Hassam, who has previously refused to comment on details of BPOPF deal due to contractual obligations said they have restructured the business to attract more clients to the asset management firm “We have completed our restructuring process, which included retrenching several employees across the group, and the main intention was to give more returns to existing clients. BIFM is now in a position to grow as in the past we had more people in the back office than in the front office, now we have a stronger front office so that we are clients driven rather than business driven,” he said.

The group CEO says taking the company forward will mean taking more risks and going into new markets. “If you look at Legal Guard, we only command a market share of 3%, that is an opportunity as we are looking at how we can take business away from our competitors to increase our share significantly,” he noted.

Hassam said while they have managed to successfully dominate the pension fund space, they will be looking to increase their efforts in the asset management business. “We have been focusing mostly on pension funds, but there is an opportunity in the retail space, as with the success of the Unit Trust we launched two years ago, going forward we will need to be really aggressive in marketing and educating the public about our products. A lot of opportunities are still present within the life insurance space, he highlighted.” He said they are looking toward more online transactions and reducing the underwriting requirements that clients have to go through in order to get cover. Botswana Life remains a cash cow for the business as its largest revenue earner.
The company is also looking into increasing its presence in the less development bancassurance business, Hassam stated that currently they have relations with some of the leading banks; Standard Chartered, Barclays and Bank ABC which they are looking to enhance. Bancassurance has seen some growth as more banks are taking up selling insurance as part of their banking services.

Appointing a BIFM CEO
Hassam said the process to replace Kgathwane is now underway after their restructuring process. Asked what type of person he would prefer to run their most high risk business, Hassam said he would need an individual to give assurance to existing clients. “However, I want us to take a bit of a risk, I need someone who is daring in terms of pushing the envelope and not scared to try out new things, as I said there is an opportunity within the retail space, so you need someone who would be brave enough to tackle and explore that space,” he pointed out.

Vandercasteele explains ‘Why Botswana Artist could be Millionaires’ 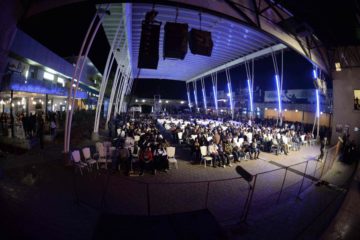