Chobe Holdings Limited recorded increased profit after tax in its financial results for the year ended 28th February 2015. Its profit after tax increased to P51.5 million from the P33.8 million realized in the previous financial year. The company revenue increased to P209.5 million from P172 million that was recorded during the prior year. The company indicated in its results that during the year under review, bednights sold increased from 45, 944 in prior year to 50, 868 currently. “Camp Xakanaxa, the trading entity of Moremi Safaris (Pty) Ltd, which was acquired in 2013, contributed 5, 017 bednights compared to the 2264 the prior year,” read a statement from the company. It further stated that revenues rose by 22% due to a significant increase in bednights sold in peak season, an increase in achieved bed rates in US Dollar terms, the weakening of the Pula against the US Dollar and increased capacity following the addition of Camp Xakanaxa. “An operating cost increase of 17% is considered satisfactory in light of increased volume of business and current inflation levels. During the financial year ended 29th February 2012, the company sold, on suspensive terms, its 44% interest in Namibian Associate, Lianshulu Lodge (Pty) Ltd. The buyers have defaulted on the last two payments totaling N$1,760,000 (close to P1, 462, 898). The investment in this associate was fully written down in previous financial years and therefore no further financial impact is anticipated following this default. Legal action is currently being taken to secure payment in terms of the sale agreement,” the statement read in part. According to the company, P21.4 million, which came from internally generated cashflows, was spent on improving existing equipment, buildings, as well as the purchase of additional equipment and a new aircraft. In its future outlook, Chobe Holdings said the short to medium term trading conditions may be constrained mainly due to the negative effect on travel plans as a result of the Ebola outbreak in parts of Africa in 2014 and the strengthening of the US Dollar when compared to the Euro, resulting in a substantial increase in the cost of Botswana packages to an already depressed European market. “Confirmed and provisional bookings for the year ended 29th February 2016 suggest the Group should however achieve satisfactory results in the forthcoming financial year. The ongoing major refurbishments at Chobe Game Lodge, designed to uplift this iconic lodge, is anticipated to result in an increase in demand once completed in mid 2016,” it noted. 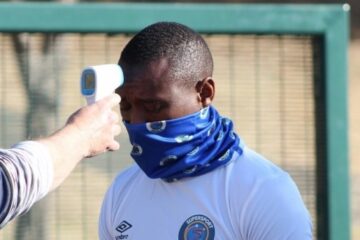