The new Chief Executive Officer at the Competition Authority, Tebelelo Pule  is eagerly awaiting a Revised Competition Act that will give the Authoritysome teeth against cartels in the Courts of law.Pule who started her new role yesterday, told Gazette Business that the revised Competition Law will clarify how cases are supposed to be handled and take away ambiguities that have cost the Authorities losses against cartels, when cases have reached the High Court. The Competition Authority proposed amendments to the Competition Act that will close ambiguous clauses and make it more effective in Courts.
“We are moving ahead in terms of what we lacked in terms of interpretation of the law and I am eager for the Act to pass in July; it was not a matter of losing these cases but rather of not interpreting the laws properly,” she said. The revised Act will also have the effect of moving Consumer Protection from the Ministry of Investment, Trade and Industry, to the Competition Authority. Former Chief Executive Thula Kaira, said that in its five years of existence, the Competition Authority of Botswana has out done itself when compared to its counterparts in the Southern African region. “We have managed to take seven cases of cartels to the High Court and we have performed dawn raids on some operations, something that other Authorities in the region have not done.
“We have not lost a case because there was no evidence but because we missed procedures and even good evidence has to be admissible at the Courts,” said Kaira. “We found ourselves in these scenarios where we lose cases because of interpretation of the law; The Law uses words like ‘start’, ‘commence’ and ‘open’ in different sections and that has caused us problems at the adjudication level,” he said.
“This is not unique as all investigative authorities go through such challenges especially in their initial years,” he added.
Among the cases that the Competition Authority has handled is the Sugar Beans case, following a complaint from a whistleblower that alleged bid rigging. Two companies were investigated for bid rigging of a P114 million tender that was awarded by the Ministry of Local Government and Rural Development for the supply of 7530 metric tonnes of sugar beans to schools across the country.
Another case which was withdrawn was for alleged collusion by panel beaters, Car World Auto Craft Shop and Auto Tronics Limited, where the Authority alleged that the companies issue cover quotations to clients with insured vehicles, in the process, inflating insurance costs which would be borne by the consumer.

Do I get hired for experience or knowledge? 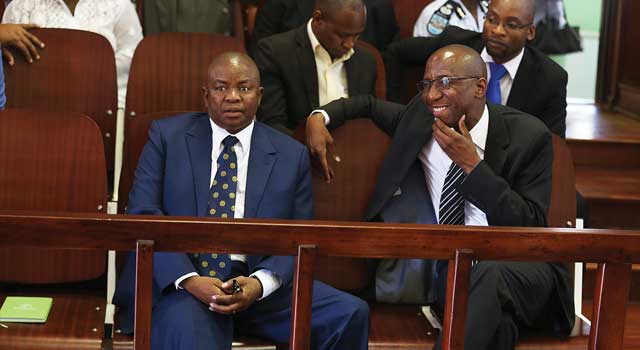