A wave of xenophobic attacks in South Africa could provoke reprisals from neighbouring countries, raising concerns among South African business leaders and officials that the violence against foreigners could further damage the weak economy.Calls for a boycott of South African products have multiplied amid anger in Malawi, Zambia, Mozambique and elsewhere on the continent over their citizens being attacked by mobs in Johannesburg and Durban.

At least seven people have been killed in the violence and thousands of immigrants forced to flee their homes, making headline news around the world as soldiers were deployed to restore order in the impoverished townships.“Since the start of the attacks, our country has lost billions of rands in export foreign revenue,” trade and industry Deputy Minister Mzwandile Masina said Wednesday, without giving further details.

Calling the situation “untenable,” he added that the government was “worried about the cost and the negative impact of the attacks on foreign nationals on the country’s image and its economy”. “We cannot have these attacks continuing,” he said.Nigeria’s foreign ministry summoned South Africa’s high commissioner over the attacks, while influential Zimbabwe National Students Union president Gilbert Mutubuki called on youths to target local South African businesses.

Mutubuki was reported to have named the supermarket chain Pick n Pay as one possible target.Other South African brand names operating across southern Africa include such giants as the MTN telecoms group, Shoprite, Old Mutual insurer and the Standard Bank and Nedbank.“We are appealing to different African countries not to retaliate… because it won’t help anybody,” Bene M’Poko, the Democratic Republic of Congo’s ambassador to South Africa, said this week.In Mozambique, South African petrochemicals group Sasol evacuated 340 staff and sent them back home, while Irish mining firm Kenmare Resources repatriated 62 workers.

Exports to Africa
“What’s been going on in South Africa is of grave concern and it’s disheartening. Sasol is a South African company, but we are global,” Sasol spokesman Alex Anderson told AFP.“Sasol became aware of unrest by the Mozambican employees of our contractors.”Last week, about 200 people in Mozambique briefly blockaded the border and threw rocks at South African vehicles.South Africa’s economic growth slowed to 1.5 percent last year from 2.2 percent in 2013, and far from the five percent growth rate before the global economic crisis. The country runs a large trade balance surplus with the rest of Africa.Economic Development Minister Ebrahim Patel said South Africa relied on exports of cars, clothes and textiles.

“We sell 260 billion rand (20 billion euros, $21 billion) worth of goods to other African countries… that creates more than 160,000 jobs in South Africa,” he said.Patel addressed the thorny issue of immigrants taking jobs for less pay than locals, fuelling frustration that immigrants “steal” South African jobs.
“We must make it clear to companies: don’t exploit foreign workers,” he said.“Don’t pay them less than South African workers… so much so that South African workers are put aside.”For Nedbank analyst Dennis Syke, government action in the coming weeks is key to limiting the damage.
“Government response initially was I think fairly weak, but it is improving now and there seems to be more determination to try and get things sorted out,” he said.Tourism — a major industry in South Africa — remains vulnerable, despite the unrest not spreading to Cape Town, the wine-growing regions or safari resorts.Several foreign ministries, including Britain and Australia, have updated their travel advisories to highlight the unrest.“The xenophobic violence you hear about in South Africa does not target tourists and does not affect tourist regions,” tour operator Onne Vegter wrote in an editorial for the specialist Tourism Update website.But it added that the situation is “a PR disaster for us, as our country is once again in the news for all the wrong reasons”.
AFP

Stop saying ‘NO’ to entrepreneurs - Binns 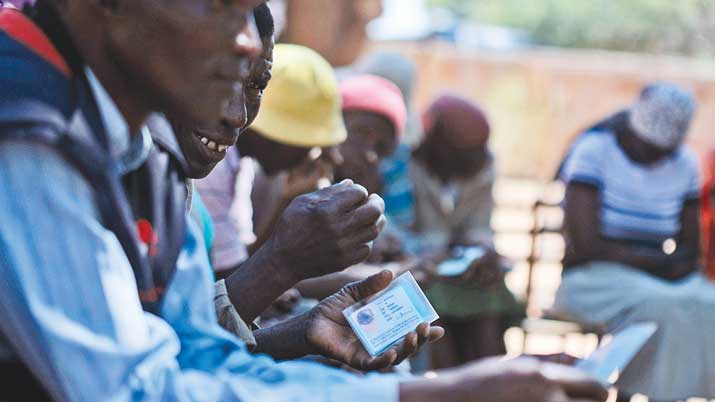